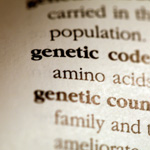 In a further demonstration of Ontario’s efforts to position the province as a hub for life sciences research, development and commercialisation, the Government of Ontario has reinforced its commitment to personalised healthcare with additional funding of nearly Can$7 million for four large-scale genomics projects.

Support for the initiatives, which are being funded in conjunction with the Ontario Genomics Institute (OGI), brings to Can$34.5 million Ontario’s investment in a total of 12 personalised-heath research projects since 2011.

OGI was set up as a stand-alone, not-for-profit corporation in 2000 – one of six regional genome centres in Canada.

The Structural Genomics Consortium, an open-source public-private partnership for drug discovery backed by leading pharmaceutical companies such as GlaxoSmithKline, Novartis, Eli Lilly, Pfizer, AbbVie, Boehringer Ingelheim and Takeda, is based at the Universities of Toronto in Ontario and Oxford in the UK.

“These personalised health projects have enormous potential to improve the lives of people facing serious illnesses in Canada and beyond,” commented Mark Poznansky, president and chief executive of the Ontario Genomics Institute.

Government funding in Ontario supports personalised-medicine research through the Ontario Institute for Cancer Research, the Ontario Brain Institute and the Centre for Addiction and Mental Health, as well as universities and research hospitals.