Onyx turns down Amgen bid but open to other offers 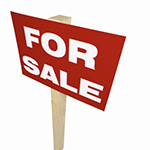 Onyx Pharmaceuticals has rejected an unsolicited takeover bid from Amgen, worth in the region of $8.70 billion, but is talking with other potential suitors.

Amgen offered $120 a share in cash, representing a 38% premium to Onyx’s closing price on Friday (June 28), subject to due diligence and other conditions. However, the latter's board of directors evaluated the proposal with the assistance of its financial and legal advisors and has concluded that the price "significantly undervalued Onyx and its prospects".

Onyx is best-known for its partnership with Bayer and the liver and kidney cancer drug Nexavar (sorafenib), plus Stivarga (regorafenib) for the treatment of metastatic colorectal cancer and gastrointestinal stromal tumours. Its own therapy for multiple myeloma, Kyprolis (carfilzomib) was approved last year.

Onyx chief executive Anthony Coles said the company has "tremendous momentum and, with the expansion of our pipeline and two successful product launches", has created significant value. He added that the firm is looking at the potential "to expand the use of our existing therapies in different types of cancer and across different lines of therapy, as a result of several ongoing Phase III studies".

However, he also noted that "we are actively exploring the potential to combine Onyx with another company as an option to create additional value",  and "expressions of interest" have been received. Not surprisingly, Bayer has been mentioned as a possible buyer, though the firms were involved in a legal spate over the ownership of Stivarga not so long ago, as has Celgene.

Meantime, Bayer and Onyx have announced submissions in the USA and Europe to get expanded approval of Nexavar as a treatment for thyroid cancer.