Over 50% of glaucoma cases undetected in UK 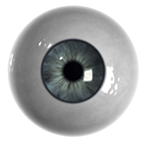 Despite opticians being trained to spot health issues, one in ten of Britons over the age of 40 are putting themselves at risk of glaucoma, by never or not having taken an eye test in the last five years.

In a survey of 1039 respondents conducted by Fly Research on behalf of the International Glaucoma Association, less than half (48%) know glaucoma has no obvious early symptoms that can only be detected by an eye care professional. The group of ocular disorders is one of the world's leading causes of irreversible yet preventable blindness.

Russell Young, chief executive at the IGA, said the good news is that 49% over 40 are having an eye test every two or three years and 32% every year, “but what’s worrying is that a significant minority still aren’t visiting opticians regularly”.

The charity is focusing on groups at increased risk, including people of African-Caribbean origin, who are four times more likely to develop the condition, and it is more likely to appear earlier and be more severe, when compared to people of European origin. Mr Young noted that “with an ageing population and predictions that the black and minority ethnic community will increase to 30% cent of the population by 2050, the role of the optician has never been more important”.

Early detection and treatment “literally saves sight, as over 90% of individuals who are diagnosed early will retain useful sight for life”, he claimed. Mr Young concluded by saying it is estimated over 50% of cases of glaucoma remain undetected in the UK.