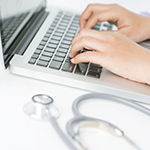 At 85%, an overwhelming majority of the UK public say they want any healthcare professional treating them to have secure electronic access to key data from their GP record, according to a new survey.

77% of people say they believe that this would improve patient care, while 69% think it would reduce avoidable treatment errors and 67% feel it would save patients the frustration of having to repeat information to medical professionals other than their GP, the YouGov study, which was conducted for the healthcare information specialist EMIS Group, reveals.

It also finds that the public is “shocked” to discover that A&E doctors in particular do not have automatic access to information on long-term conditions, medication history or allergies, and they worry that this could lead to mistakes in treatment.

58% of the public are unaware that hospital doctors are frequently unable to electronically access information from a patient’s GP medical record; the majority of A&E doctors either have to treat without it, or phone the GP to ask for information to be faxed through.

Nearly one in three (30%) of those polled said they were shocked that it is not common practice for patient information to be shared electronically, while 40% were “annoyed that A&E doctors may not have all the facts at their fingertips.”

Commenting on the survey findings, EMIS Group chief executive Chris Spencer said they confirm “what we knew anecdotally to be true – that the vast majority of patients want clinicians to have access to their medical records at the point of care, and assume this happens as a matter of course.”

“The reality is of course more complicated. Despite efforts to increase use of the Summary Care Record, and wider initiatives by forward-thinking system suppliers and local healthcare providers, data-sharing between clinicians is far from routine,” he added.

The survey also found that 19% of people who had been referred by their GP to a medical professional felt that the clinician treating them had a poor knowledge of their medical history, and 5% told the poll that mistakes had been made with their treatment for this reason.

“Patients clearly want their records to be shared more effectively between medical professionals treating them. The technology exists to make this happen,” said Mr Spencer.