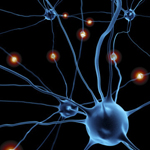 Shares in Oxford BioMedica shot up more than 40% earlier this week after its Parkinson's disease gene therapy ProSavin continued to perform well in clinical trials, raising hopes for a new treatment for the condition.

The drugmaker said a Phase I/II study of the drug met its primary endpoint in demonstrating safety as well as secondary goals showing clinical benefit in patients with mid-stage Parkinson's who are experiencing reduced benefit on L-DOPA 'equivalent' therapy, the mainstay of treatment.

In patients taking the higher dose of ProSavin an average motor function improvement of 30% was observed, even reaching 41% in one patient. Furthermore, L-DOPA 'equivalent' therapy was reduced in all six patients, when normally it increases as PD progresses.

The findings certainly add further evidence to support the drug's use for the condition, and according to John Dawson, Oxford BioMedica's chief executive, they provide "a solid basis" for its further clinical development.

"We are currently evaluating a more potent formulation of ProSavin to ensure the greatest chance of success in randomised Phase II studies and increase the commercial opportunity for this novel product,” he said, outlining the development strategy.

The need for new and effective Parkinson's disease drugs is great; the condition is forecast to affect around 1.7 million patients in the world's seven major markets - US, Japan, UK, France, Germany, Italy and Spain - by 2019, at which point sales of current treatments, none of which provide long-term symptom relief, could exceed $2.8 billion in these territories, the company points out.

According to Oxford BioMedica, if development is successful, ProSavin - which basically delivers the genes for three enzymes needed for the synthesis of dopamine into the brain - could address a major unmet medical need in PD by offering "long-lasting benefit from a single administration".

Elsewhere, UK group GW Pharmaceuticals also had good news this week in the shape of an 11.9 million Euro milestone payment from Almirall, its Spanish partner for Sativex (delta-9-tetrahydrocannabinol and cannabidiol), due sometime this month.

The fee is being released by Almirall after GW achieved a specified patient recruitment target in the current Phase III trial assessing the cannabis-based drug for cancer pain, the firm said.