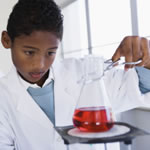 Parexel has lowered its guidance for service revenues in the current financial year and narrowed its earnings per share projection, despite strong growth in both measures during the first quarter of fiscal 2011.

The US-based contract research organisation reported consolidated service revenues up by 13.9% year on year to US$295.8 million in the three months ended 30 September 2010, while operating income climbed 62.4% to US$30.0 million. Earnings per diluted share (EPS) for the first quarter were US$0.30 compared with US$0.21 one year previously.

The EPS figure was ahead of analysts’ forecasts but revenues fell short. The consensus among analysts polled by Thomson Reuters was for first-quarter service revenues of US$302.7 million and earnings per share of US$0.28.

Parexel acknowledged that revenues were below its own expectations, citing high levels of project delays and cancellations, including “two large projects” cancelled by clients towards the end of the quarter.   The company exceeded its own EPS target, though, due to “a continued focus on cost control” and a lower tax rate.

It also suggested that the trend towards strategic partnerships in the contract research sector was holding up revenue flow.

“A number of leading biopharmaceutical companies have made a fundamental shift in the way they work with us, and now more than ever, Parexel plays an important role in their success,” commented chairman and chief executive officer Josef von Rickenbach.  “However, one of the characteristics of this new strategic partnership model appears to be that revenue runs off more slowly than has been typical with projects.”

These factors were reflected in the revised financial guidance, which was for consolidated service revenues of US$1.250 billion to US$1.270 billion in the full year, compared with a previously issued forecast of US$1.265 billion to US$1.310 billion. Parexel has tightened up its guidance for earnings per diluted share from US$1.22-US$1.32 to US$1.23-US$1.31.

“While forward-looking service revenue guidance reflects the benefit of strong Q1 new business and a weakened dollar, those positive developments have been more than offset by cancellations, client-driven project delays and the slow ramp-up of revenue in certain strategic partnerships,” the CRO commented.

“The Company has been able to essentially maintain earnings per share guidance through effective cost controls and a lower tax rate,” it added.

“I feel that the foundation of our Company has never been stronger, and that we continue to be very well positioned to achieve future revenue and earnings per share growth in Fiscal Year 2011 and beyond,” he said.

Segment by segment, Parexel’s Clinical Research Services business lifted its service revenues by 14.5% to US$231.6 million in the first quarter, generating gross profit 20.4% ahead at US$83.3 million. The technology division, Perceptive Informatics, widened gross profit by 54.4% to US$14.4 million as service revenues rose by 25.3% to US$35.8 million.

There was a more muted performance from Parexel Consulting and Medical Communications Services, where service revenues slipped back 1.7% to US$28.3 million while gross profit was 8.8% higher at US$11.1 million.

Backlog across the company was around US$2.9 billion at the end of September, an increase of 35.7% year on year. It included gross new business wins in the quarter of US$586.6 million, cancellations of US$149.2 million, and a positive impact of US$105.4 million from exchange rate fluctuations. Parexel’s net book-to-bill ratio for the first quarter of fiscal 2011 was 1.48.