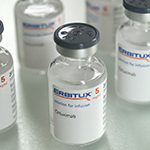 Cancer charities in are warning the UK Government not to leave patients in the lurch by abruptly pulling the Cancer Drugs Fund next year.

The Fund, which was set up in October 2010 and injects £650 million of extra cash into the NHS to pay for new oncology medicines not recommended by NICE - or under assessment by the watchdog - comes to an end next April.

It has been estimated that around 25,000 cancer patients have received drugs through the NHS that they would not otherwise have had access to, but cancer charities in the UK are warning that this Fund should not simply be pulled next year, with no plan on how future patients can continue to receive these medicines.

The Beating Bowel Cancer charity says patients with bowel cancer have made up the largest group to benefit from drugs paid for by the fund, as 36% of the medications it funded have been for bowel cancer.

This includes the two most commonly funded drugs on the Fund: Roche’s Avastin, which has, among others, a licence for colorectal cancer, and Merck Serono’s Erbitux (pictured).

The charity says it has written to the health secretary Jeremy Hunt calling for clear guidance on how a new system of funding will work.

The charity said in a statement that it is: “Very worried that as many as 6,500 new bowel cancer patients a year in England will face an uncertain future, not knowing whether they will be able to access these drugs.

“We urgently need the Secretary of State to give some clear guidance as to the future of the Cancer Drugs Fund, which sets out the government’s plans for the funding of vital cancer drugs from next January,” it added.

Its chief executive Mark Flannagan, told the BBC: “The uncertainty around how these drugs will be funded in the years to come will mean patients who could benefit from having treatment in the future, may be denied access because the money isn't there to fund it."

He added: “We simply can’t go backwards to a time when cancer patients had to beg for life-extending treatment.”

Hunt has already said that patients receiving drugs under the Fund will continue to be funded after April 2014, but has not committed to extending the Fund for new patients. In January, a Health Select Committee deplored the UK Government’s lethargy on this issue, and for not having an in depth policy for future drug funding.

Heather Walker, policy manager at Cancer Research UK, said: “The government needs to find a long term, sustainable solutions to fund all effective cancer treatments, be they drugs, radiotherapy or surgery, so that patients are given the best care possible.

“The fund is due to close next year and it's crucial that cancer patients don’t lose out.”

She said the Department of Health should publish details of the new system - and what would happen to the Cancer Drugs Fund – “as a priority”.

This echoes a recent report – funded by cancer drug specialist Roche – which found that 82% of oncologists in England thought access to cancer medicines in England “will become worse” than in the rest of Europe if special funding is not secured after the Fund comes to an end.