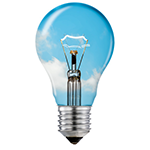 Seven pharma majors have linked up with the UK’s Medical Research Council to set up a ‘virtual library’ for researchers to evaluate compounds that have failed in previous trials.

AstraZeneca, Eli Lilly, GlaxoSmithKline, Johnson & Johnson, Pfizer, Takeda and UCB will each offer up a number of their deprioritised molecules for use in new studies, with a view to developing more effective treatments. The compounds have undergone “some degree of industry development, but have all stalled at some point in early testing”, notes the MRC, although “they may still be useful against other diseases with shared biological pathways”.

Re-purposing these drugs could lead to the development of new medicines for many debilitating conditions, the MRC notes and because the compounds have already undergone some preliminary evaluation, such as safety testing, any new treatments arising from the research could reach patients much faster.

While the full list of available compounds will be published later this year, Chris Watkins, the MRC's head of translational research, told PharmaTimes that the project covers all therapeutic areas, noting that some companies have talked of putting in 15-20 compounds.

Pharma to work with ‘cream of UK academia’

He noted that roundtable talks began earlier and then on a one-to-one basis with the pharma companies, which have recognised “the opportunity of working in partnership with the cream of UK academia”. Dr Watkins went on to say that intellectual property issues have not been an obstacle “at all” in the talks; rights will vary from project to project and most will be similar to those currently used in academically-led research.

The new project builds on a previous compound sharing initiative between the MRC and AstraZeneca launched in December 2011. In Manchester, trials are underway to see whether AZD3355, a GABA receptor agonist developed originally for gastro-oesophageal reflux disease, can be repurposed to treat chronic cough.

Dr Watkins said the AstraZeneca pact has been extremely successful and a number of projects are beginning to bear fruit. He told PharmaTimes that the initiative “shows the strength of crowdsourcing” as 35 institutions put forward proposals regarding the AstraZeneca compounds, so having six other companies on board creates “a perfect storm of opportunity”.

MRC to judge quality of proposals

Research proposals should be submitted to the MRC, which will independently judge the scientific quality of the applications and award funding accordingly. There is no fixed budget for the scheme, which Dr Watkins said is “a rolling programme, not a one-off”.  He also hopes that other drugmakers will join the “fully collaborative” project.

Stephen Whitehead, chief executive of the Association of the British Pharmaceutical Industry, said the partnership “is a fantastic example of open innovation that benefits both industry and academia by opening up new interesting avenues for research that may not otherwise be available, or even redirecting towards other diseases”.