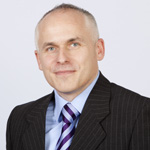 The number of patent applications filed by leading pharmaceutical companies for biologics has exceeded those for small molecules for at least the last 15 years but there is now evidence that the gap has increased significantly since 2007.

The study notes that Novartis had the most patent applications relating to biologics published in 2009, followed by Johnson & Johnson and Merck & Co. In the same year, Novartis filed over twice as many patents for biologics compared to small molecules.

Nicholas Jones, patent attorney and pharmaceuticals expert at Withers & Rogers (pictured), said that while filings have fallen across the board, "possibly due to current economic uncertainty and cost pressures facing big pharma as blockbuster drugs hit the patent cliff, R&D interest in biologics has remained strong". He added that this may suggest big pharma is "increasingly willing to compete with major generics producers for a share of the follow-on biologics market, in a race to secure 20 years of exclusivity on a new biosimilar".

Despite growing interest in biologics among big pharma companies, small molecule drugs are still more prevalent in the marketplace and could result in fewer new products, the analysis notes. Dr Jones adds that "it is considerably easier to develop and manufacture small molecule drugs –they come with lower R&D costs and there is an established market infrastructure for them".

Commenting on the Withers & Rogers data, Ana Nicholls, healthcare analyst at the Economist Intelligence Unit, said it "confirms what was already widely known: that pharma companies are finding it harder to convert their R&D spending into experimental drugs". She adds that it also shows "how crucial biotech research had already become for big pharma by 2009".