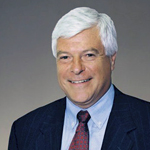 Johnson & Johnson has posted a reasonable set of figures for the first quarter, with pharmaceuticals helping to soften the continuing impact from high-profile recalls of some of the healthcare giant’s over-the-counter products.

Group net earnings fell 23.2% to $3.48 billion, though the decline was mainly due to charges of $271 million representing expenses due to litigation and additional hip recall costs. Also the like, year-earlier period included an after-tax gain of $910 million.

Turnover rose 3.5% to $16.17 billion, while worldwide pharmaceutical sales were up 7.5% to $6.06 billion, despite generic competition continuing to hurt key products, notably Risperdal (risperidone).

Sales of the antipsychotic were down 8% to $127 million, and only $8 million of that came from the . However, the longer-acting form of the drug, Risperdal Consta, was up 6.6% to $404 million.

The epilepsy drug Topamax (topiramate) was also hit by generics and brought in $129 million, down 12.8%, while J&J’s anaemia therapy Procrit/Eprex (epoetin alfa) sank 24.1% to $397 million.

On the positive side, J&J’s biggest seller was once again the anti-inflammatory Remicade (infliximab), sales of which were up 8.3% to $1.23 billion, while the latter’s follow-up Simponi (golimumab) brought in $95 million, up from $42 million last year. Those figures will rise in future as J&J settled a rights dispute with Merck & Co last week.

Sales of the attention-deficit hyperactivity disorder therapy Concerta (methylphenidate) increased 10.0% to $362  million, while Velcade (bortezomib), for the treatment of patients with multiple myeloma and mantle cell lymphoma, was up 7.3% to $280 million.

As for newer drugs, sales of the new HIV therapy Prezista (darunavir) leapt 42.2% to $266 million, Stelara (ustekinumab) for moderate to severe plaque psoriasis brought in $166 million, up 90.8%, and the schizophrenia drug Invega (paliperidone extended-release) saw sales rise 11.1% to $120 million.

J&J, which is reportedly looking to acquire Synthes in a deal that could be worth around $20 billion, noted that sales at its medical devices and diagnostics unit reached $6.43 billion, a 3.3% increase. Turnover from its consumer division slipped 2.2% to $3.68 billion, but sales (down 13.8%) were hit by several recalls by its McNeil Consumer Healthcare unit of OTCs, including painkillers and allergy tablets.

Chief executive William Weldon (pictured) was pleased with the performance of recently-launched products, saying “we delivered solid earnings while making the investments necessary to advance the robust pipelines across our businesses”.