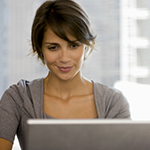 The pharmaceutical industry in the UK has welcomed, with a few reservations, proposals from a House of Commons special committee to improve data transparency around clinical trials.

Campaigners for wider dissemination of clinical-trial results were largely enthusiastic about the recommendations from the House of Commons Science and Technology Committee, which reflected many of their own demands.

In a report on the environment for clinical trials in the UK and the European Union, released on Tuesday, the Science and Technology Committee said it was is “unacceptable” that many clinical trials remained unregistered and unpublished.

It recommended that all trials conducted on treatments used in the National Health Service should be prospectively registered and the results published in a scientific journal.

Clinical study reports (CSRs) for commercial trials should be placed in the public domain, with identifiable patient data redacted, once a regulatory decision has been reached on the product in question, the report proposed.

The Committee also called for a retrospective audit of all large public trial grants awarded since 2000, to ensure these studies have been registered and published.

Responding to the report, the Association of the British Pharmaceutical Industry (ABPI) said it recognised the need for “increased but responsible transparency” and welcomed the Committee’s recognition “of the steps being made by our industry” in this respect.

These included the recent launch by the European and US industry associations, EFPIA and PhRMA, of principles for responsible sharing of clinical-trial data, as well as revisions to the ABPI Code of Practice and a new clinical-trial disclosure toolkit for the association’s members.

All the same, the ABPI cautioned, research “is a truly global activity and requires a consistent global approach. Any UK transparency requirements that sit on top of, and are separate from, European requirements will act as a disincentive for conducting clinical research in the UK”.

The Ethical Medicines Industry Group (EMIG), a research-based biopharmaceutical trade association representing the interests of mainly small to medium-sized enterprises in the sector, said it also supported the Committee’s focus on increasing transparency in clinical research.

As outlined by the Committee, “properly managed” open access to clinical-trial datasets “could prove to be a valuable resource in driving better-designed and more cost-effective clinical development programmes”, noted EMIG chairman Leslie Galloway.

At the same time, data-sharing needs to be handled in a controlled manner, with “well-constructed, prospective requests made by an ‘applicant’ to a future ‘gatekeeper’ authority”, the association stressed.

“EMIG is pleased to see this position is shared by the Science and Technology Committee,” Galloway added.

The association wants to see the transparency issue move on now from discussion of principles to pinning down the detail of how transparency will work in practice.

“We believe detailed attention and focus needs to be given to issues including: legal concerns relating to IP [intellectual property] and confidentiality; the management of the data; and the implications for small and ‘virtual’ companies,” Galloway commented.

For Roche, whose long-running dispute with the Cochrane Collaboration over access to detailed trial data on the antiviral Tamiflu (osteltamivir) is seen by some transparency campaigners as a watershed in the debate, the Committee’s recommendations are a “positive reflection” of the changes the company has already made to its own data-transparency policy.

“This, as well as our trial registration processes and the publication of summary results, is in line with the Committee’s recommendations.”

With the new transparency policy in place, Roche has already fulfilled requests to access trial data that include supplying all of the 74 CSRs it holds on oseltamivir to the Cochrane Collaboration investigators, the company noted.

The Health Research Authority, set up in December 2011 to unify and streamline the research approvals process in the UK, welcomed the Committee’s recognition of its role in facilitating clinical trials, while pointing out that the HRA has “already taken steps in the many of the areas identified by the Committee to improve awareness and promote transparency”.

Last week, for example, the Authority announced that from 30 September 2013, registration of clinical trials in a publicly accessible database will be a condition of study approval by Research Ethics Committees.

The AllTrials campaign, which has driven much of the recent activity around data transparency, said the Science and Technology Committee had made some “good” recommendations, namely:

AllTrials was not happy, though, with the Science and Technology Committee’s recommendation that results from clinical studies should be published in a peer-reviewed journal.

“We think this recommendation is directed to the wrong place,” the campaign stated. “Trial results should be publicly available and ideally published to the publicly accessible register the trial was registered on.”

Ben Goldacre, author of Bad Pharma and co-founder of AllTrials, particularly welcomed the Committee’s recommendations on auditing and registering past clinical trials.

Most of the medicines doctors prescribe today are based on data from clinical trials from a decade or more ago,” he observed.

“Over the next two years, many of the drugs in common use will come to the end of their patent life. When that happens, it may become even harder to get the information that has been withheld.”