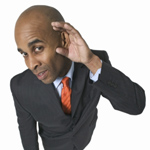 Society's suspicion of “closed interest groups” is helping tarnish industry's image, Bill Burns, former head of pharmaceuticals at Roche, noted at FT Global Pharmaceuticals and Biotech conference in London, the full feature from which is published in the latest issue of PharmaTimes Magazine, now available as a digital download.

The key problem for pharma is that European regulations hinder conversations so patients’ mistrust is not surprising because they are effectively isolated from the discussion.

“It is bizarre to think the person who originated a medicine, the only person on the planet who actually understands it from A to Z, cannot participate in the debate.” Yet “any crank” can set up a website and air their views, despite having a limited grasp of the matter, Burns argues.

“It behoves industry to demonstrate it can be trusted, and openness and transparency are great ways to do this,” NICE chair David Haslam, pointed out. However, being “new to the fascinating world of the pharmaceutical industry” he believes it “would be extremely presumptuous of me” to suggest how it should change to garner greater openness.

Clearly, though, the value element is – and will be – of increasing importance for health technology appraisals, as well as public acceptance of the pharmaceutical industry. “I want as many ‘yeses’ as possible,” but we will continue to say ‘no’ if there is no added value for the additional cost. “If you buy a shirt, a car or a house you would do the same thing,” Haslam comments.

The full article appears in the January/February issue of PharmaTimes Magazine, which is now available to subscribe to for free or as an App on iTunes or GooglePlay.