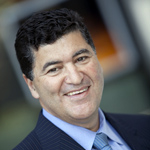 The pharmaceutical industry needs to get rid of its over-reliance on old models and certainly cannot wait until Phase IIII to find that a drug has failed.

So says Elias Zerhouni, Sanofi-Aventis new head of R&D, who told attendees at the French drugmaker's annual results meeting in Paris that the days of following-up products with 'me-too" drugs is over. Sanofi has spent the last couple of years, in the words of chief executive Chris Viehbacher, "getting rid of the junk from the portfolio", and this "stress-testing" has seen the pipeline reduced by some 30%.

Sanofi now has an R&D portfolio comprising 55 projects, with 13 of them in Phase III or submitted for approval. However, Dr Zerhouni believes that after this pruning, a new philosophy is required to maximise the potential of these compounds.

He told PharmaTimes World News that for starters, "some sort of strategy for biomarkers needs to be embedded early in the process" for the vast majority of treatments being developed and not introduced at a latter stage. Dr Zerhouni added that it is a question of identifying the right patient populations and technologies once a target has been validated" and "if you don't, you're foolish".

He also emphasised the importance of working closely at an early stage with cost-effectiveness agencies, saying that "you need to make value propositions way ahead of time" when planning trials and constant consultation is necessary. Dr Zerhouni added that while dealing with payors is important, the views of formularies, "which have often been ignored", need to be taken on-board.

He concluded by mentioning the growing importance of bodies such as the Patient-Centered Outcomes Research Institute (PCORI), established through the recent US healthcare reform law to prioritise and direct a range of research programmes. Working with the likes of PCORI is vital for drugmakers, Dr Zerhouni argues, noting that "you ignore it at your peril".