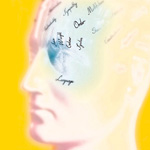 Roche has linked up with Elan spin-off Prothena Corp to develop a treatment for Parkinson's disease in a deal that could be worth up to $600 million to the Irish company.

The collaboration will centre on antibodies that target alpha-synuclein, including PRX002, Prothena's monoclonal antibody for the treatment of Parkinson's which is expected to enter Phase I in 2014. Roche will pay an upfront fee and clinical milestone totalling $45 million and possible payments of up to $555 million depending on various development, regulatory and commercial goals worldwide.

Prothena, which was spun out of Elan a year ago, has an option to co-promote in the USA, where the companies will share all development and commercialisation costs, as well as profits, on a 70/30 basis (in Roche's favour). Outside the USA, Roche will have sole rights to PRX002 and will pay Prothena up to double-digit royalties on net sales.

Luca Santarelli, head of neuroscience and small molecules research at Roche, noted that currently, there is no treatment that modifies the course of the disease, "and by targeting one of Parkinson's key molecular determinants, PRX002 has the potential to slow down or reduce its progression". He noted that as well as in Parkinson's,the alpha-synuclein protein plays a part in several other neurodegenerative disorders, including Lewy body dementia and neurodegeneration with brain iron accumulation and the firms may work together in these fields.