Roche’s Tecentriq gets another FDA nod 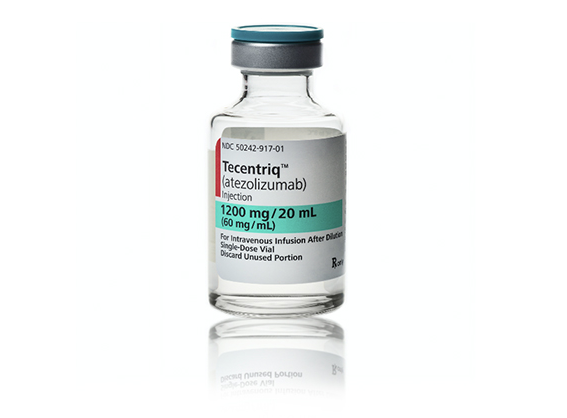 Roche has announced that Tecentriq (atezolizumab) has garnered US Food and Drug Administration (FDA) approval for adults with metastatic non-squamous non-small cell lung cancer (NSCLC), who have no EGFR or ALK genomic tumour aberrations.

The drug has been given the green light in combination with chemotherapy, based on results from the Phase III IMpower130 study, which showed that the combo helped people live significantly longer compared to chemotherapy alone, demonstrating a median overall survival rate of 18.6 months compared to 13.9 months.

The combination also significantly reduced the risk of disease worsening or death at 7.2 months compared to 6.5 months on chemotherapy alone.

The monoclonal antibody, already approved in the US, EU and countries around the world for various forms of cancer, is designed to bind with a protein called PD-L1, which is expressed on tumour cells and tumour-infiltrating immune cells, blocking its interactions with both PD-1 and B7.1 receptors.

Roche announced that it is “pleased” to offer the Tecentriq-based combination as a new treatment, with Levi Garraway, chief medical officer and head of global product development going on to say “Today’s approval offers another opportunity to help prolong the lives of people with this type of the disease.”

Lung cancer is the leading cause of cancer death globally, as each year 1.76 million people die as a result of the disease, translating into more than 4,800 deaths worldwide every day.