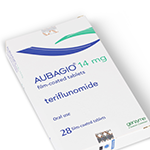 Scottish patients with relapsing remitting multiple sclerosis are getting access to Aubagio, Sanofi unit Genzyme's once-daily pill for the disease.

The Scottish Medicines Consortium has issued final guidance that Aubagio (teriflunomide) has been accepted for use by NHS Scotland for RRMS, as an alternative to injectables such as the beta interferons or Teva's Copaxone (glatiramer acetate). The pill is only the second oral drug for MS to be approved, after Novartis' Gilenya (fingolimod) but the first to be offered to patients as first-line therapy.

Health Boards across Scotland will now be expected to make Aubagio routinely available within the next three months. The country has among the highest prevalence of MS in the world, with around 10,000 people living with the disease, and the SMC thumbs-up has been warmly welcomed.

Stewart Long, acting director for the MS Society in Scotland, said: “We’ve been waiting a long time for a tablet to be available for first-line RRMS, so this is excellent news. Many people say they would like to have the option of a tablet rather than regular injections, which can be difficult to manage."

He added that the SMC decision means Aubagio is recommended for use on the NHS across the UK "which is a very welcome development". The National Institute for Health and Care Excellence issued final guidance recommending the drug in January.

The news is a boost for the makers of Aubagio and Brendan Martin, general manager for Genzyme UK and Ireland, noted that "we have a patient support  programme underway to further support patients with adherence".