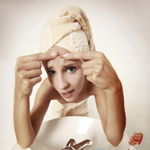 Sanofi has acquired the rights to an investigational acne vaccine and treatment.

The French drugmaker's Sanofi Pasteur unit has signed an R&D collaboration with the University of California, San Diego, focusing on "an immunological approach to acne prevention and treatment targeting the specific neutralisation of Propionibacterium acnes factors in inflammation". Financial terms of the agreement were not disclosed.

Sanofi R&D head Elias Zerhouni said "this opportunity could provide an immunotherapeutic product with benefits and a novel mechanism of action to address an unmet medical need". The acne market is a massive one, affecting more than 50 million people in the USA alone, and current treatment of mild forms involves killing P. acnes with bactericidal agents such as benzoyl peroxide and oral or topical antibiotics.

However, Sanofi notes that all of these "indiscriminately kill many bacterial species and disrupt the normal balance of the skin microflora", while "long-term use of antibiotics also leads to resistant strains of P. acnes". The company estimates that the annual worldwide market for acne therapeutics is in excess of $3 billion.

Polio donation to WHO

Meantime, Sanofi Pasteur also announced it is donating to the World Health Organisation (WHO) a vaccine strain used for polio eradication. The biological material is the original viral seed used to produce large quantities of oral polio vaccines (OPV) against type 3 poliovirus and with this donation, the WHO will be in full control of the storage of the vaccine strain and its distribution to vaccine producers worldwide.

The unit's chief executive, Olivier Charmeil, noted that "we have provided polio type 3 viral seeds free of charge to polio vaccine manufacturers worldwide for the last 30 years. This donation is a logical next step".