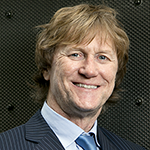 The Merthyr Tydfil-based firm specialises in early-stage clinical development, while Orion, which has operations in Greater London, Paris, Cologne and Rome (and in Princeton and Melbourne) focuses on late-stage studies. The combined group, which will be known as Simbec-Orion, will have combined revenues of £25 million and employ 250 staff.

Simbec-Orion has 65 large and mid-cap pharmaceutical and biotech clients and has 90 trials running. It can also now offer “a comprehensive service offering” in regulatory affairs, pharmacovigilance, medical affairs and central pharmacy.

The cash for the deal has been raised from the Welsh Arthurian Life Sciences Fund, chaired by the life sciences entrepreneur Sir Chris Evans, and HSBC Bank. The merged company will enjoy a heavyweight board with Trevor Jones as non-executive chairman and Sir Chris as a non-executive director.

The plan is to pursue ‘a buy-and-build strategy’, and invest in “existing operations, to drive organic growth and to rapidly pursue further acquisitions” to expand “geographic reach, service offering and therapeutic areas of clinical excellence”.