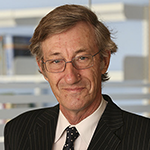 Professor Sir Michael Rawlins has been appointed as the new chair of the Medicines and Healthcare products Regulatory Agency. He will take up the post formally from December 1, taking over from Sir Gordon Duff, who announced his intention to step down earlier this year following his election as principal of St Hilda’s College Cambridge.

Sir Michael, whose appointment as head of MHRA will be for three years, was chair of the National Institute for Health and Care Excellence (NICE) from its formation in 1999 until stepping down in April 2013. He is also currently chairman of the medical research project Biobank, an honorary professor at the London School of Hygiene and Tropical Medicine, University of London, and emeritus professor at the University of Newcastle upon Tyne. Until July 15 this year, he was also president of the Royal Society of Medicine.

Commenting on his appointment at MHRA, Sir Michael said it will be “a tremendous honour to take up the agency’s chair, whose vital work as the UK’s regulator of medicines and medical devices is underpinned by first-class science and research carried out at each of the agency’s centres – the Clinical Practice Research Datalink [CPRD], the National Institute for Biological Standards and Control [NIBSC] and MHRA.”

“Sir Gordon has overseen a very successful and crucial period of major change in the agency’s history and I am looking forward to taking that on, as we seek to provide an innovative, transparent and cost-efficient service to further protect and improve public health,” Sir Michael added.

Sir Gordon said he was delighted at the appointment of Sir Michael, who he described as “an experienced, highly-respected and influential public health expert who will prove a real asset in meeting the challenges to come.”

The Chief Medical Officer, Professor Dame Sally Davies, also welcomed Sir Michael’s appointment. “He will bring a wealth of experience to the Board and will play a key role in the leadership of our national regulator who will continue to focus on excellence and innovation,” she said.