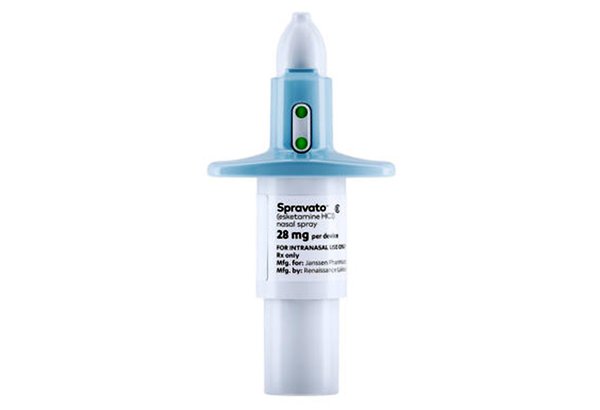 The National Institute for Health and Care Excellence (NICE) has chosen not to recommend Janssen’s Spravato (esketamine) in a draft guidance due to uncertainties over its clinical and cost effectiveness.

The company said that the nasal spray for treatment-resistant depression was rejected as part of a treatment regime with a selective serotonin reuptake inhibitor (SSRI) or serotonin-norepinephrine reuptake inhibitor (SNRI), for adults with treatment-resistant depression that has not responded to at least two different antidepressants in the current moderate to severe depressive episode.

The organisation also said that that the available evidence did not include psychological therapies, which furthered the decision.

Finally, the committee cited uncertainty about the effect of stopping esketamine treatment, as it’s currently unclear if any improvements in symptoms will be maintained after a course of treatment and whether this will improve someone’s quality of life.

NICE says that it “very much recognises the impact treatment-resistant depression has on people, their families and carers, the clear need for effective alternative treatment options, and the priority of addressing mental health challenges for the NHS.”

Meindert Boysen, director of the centre for health technology evaluation, went on to say that the introduction of the drug to the NHS “will be complex because the structure and delivery of services would need to be changed. Estimates of the costs of providing the clinical service for esketamine were highly uncertain, as are the costs of repeated courses of the drug.”

Janssen responded by saying that the negative opinion from NICE is “extremely disappointing,” as it is “a decision which may potentially deny patients living with treatment-resistant major depressive disorder access to a much-needed new treatment option,” commented Jennifer Lee, director of health economics, market access & reimbursement (HEMAR).

She continued, “It is evident from this initial draft guidance that current NICE technology appraisal processes are not fit for purpose in terms of evaluating innovative technologies for complex mental health conditions, an area that is already under-researched and underfunded. This decision further reinforces the need for reform through the NICE Methods Review, to allow a new generation of innovative treatments to reach patients.”

Approximately 1.45 million adults in England have major depressive disorder MDD and up to 30% are considered to have treatment resistant variants.