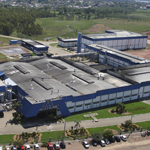 Under the terms of the deal, the Japanese major is initially paying 500 million reals ($246.5 million) in cash, plus up to 40 million reals in additional future milestone payments. Other financial conditions were not disclosed.

Multilab had revenues of 140 million reals in 2011, sales have been growing at over 20% over the last three years, and markets branded generics and over-the-counter products. Takeda says that the acquisition will put it in the top ten pharmaceutical companies in Brazil and it is particularly pleased to get hold of Multigrip, the country’s best-selling OTC product for cold and flu treatment.

Multilab also has "well-established distribution through regional wholesalers and small to mid-sized independent pharmacies, in particular in emerging regions of the country". Jostein Davidsen, head of emerging markets commercial Operations for Takeda, said the firm "has ambitious plans for growth in emerging markets", noting that "Brazil is our second largest emerging market after Russia/CIS in terms of revenues".

Mr Davidson concluded by saying that the acquisition of Multilab "is a clear signal of our intention to become a significant player both in Brazil and other high-growth markets". Takeda became a major player in the emerging markets through its 9.60 billion euro purchase of Switzerland's Nycomed last year.