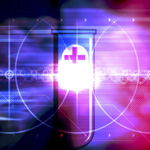 Israeli drugmaker Teva Pharmaceutical Industries has invested $19 million in CureTech equity on the strength of Phase II trial results with CT-011, their partnered drug for B cell lymphoma.

The new investment takes Teva's stake in CureTech up to 75%, with an option to take complete control of the fellow Israeli firm. The new deal could also provide up to $50 million in R&D funding for the project, which is heading into Phase III testing.

CT-011 is an anti-PD-1 monoclonal antibody in testing for diffuse large B cell lymphoma (DLBCL), a particularly aggressive type of non-Hodgkin's lymphoma which affects about 40% of all NHL patients. The drug is thought to work by boosting a patient's innate immune response by increasing levels of white blood cells called effector/memory T cells.

"The observation that there is a surge of effector memory cells and the signal that there is an improvement in progress-free survival in a high risk group of patients with relapsed large cell lymphoma suggests considerable biologic and clinical relevance to CT-011," he said.

"A successful trial could make this the standard of care in the setting of relapsed lymphoma or even in high risk lymphoma after initial therapy," added Gordon.

CureTech said it also has a Phase II trial underway of CT-011 in colorectal cancer and will shortly start a Phase II study in malignant melanoma.

The move is another example of Teva's strategy of sequential equity investments in its development partners based on clinical milestones. Last week the company made a similar investment in Alcobra on the strength of Phase II data for MG01C1, a candidate drug for attention-deficit hyperactivity disorder.