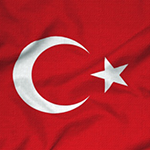 A leading Turkish drug maker has called on the European Union (EU) to agree mutual inspection standards for Turkish-made pharmaceuticals destined for export to the EU, claiming that the currently lengthy inspection process for these products is undermining the development of the Turkish industry.

The EU is Turkey's major trading partner, and the nation is part of the EU Customs Union, but it is being subjected to requirements that are not specified within this trade agreement, said Philipp Haas, chief executive of Deva Holding.

In contrast, pharmaceuticals made in the EU "can easily enter Turkey with much less paperwork and inspection," he said, and called for lengthy inspections of Turkish-made medicines, which can last for weeks, to be eased or removed altogether.

Turkey increased its inspections of imported pharmaceuticals two years ago, when it introduced international Good Manufacturing Practice (GMP) standards, as a way of reducing its drug imports. These were worth $4.7 billion last year, soaring from a level of $650 million in 2000, and currently account for 10% of the nation's current account deficit (CAD). In contrast, last year the domestic industry exported medicines worth just $600 million.

Last month, Business Monitor International (BMI) forecast that the Turkish pharmaceutical market will rise from a value of $9.35 billion in 2012 to $10.10 billion this year. Sales contracted significantly last year, says BMI, but it continues to hold a positive long-term view on the market's potential, owing to the country's rapid economic growth and rising per capita spending.

"However, state intervention in the pharmaceutical sector continues to stifle the industry's potential and restrict foreign drugmakers' access to the country's lucrative market," BMI warns.

A major current problem is the grave shortage of cancer drugs in the country. This is reportedly being caused by the large discounts required by the Health Ministry, which is leading some companies to decide not to sell them in Turkey in order to avoid making a loss.

The Turkish Pharmacologists Association (TEB) reports that around 30,000 cancer patients are currently appealing to it on a monthly basis to import the drugs they need and, as a result of the black market which has been created, the prices of hospital-use cancer drugs which normally cost $28 can increase to about $490.

TEB secretary-general Harun Kizilay said the black market has been created "due to the shortages of drugs and the ignorance of patients," and urged the Health Ministry to re-regulate the pricing system. He also pointed out that the drugs now being imported could easily be produced in Turkey, under the guidance of the TEB.

Last month, the Science, industry and Technology Minister, Nihat Ergun outlined a six-point plan to boost biopharmaceutical research and production which, he said, the government plans to be made into law "as soon as possible and will take a step towards creating a country that is strong in medical and pharmaceutical production. We're going to create an infrastructure to replace the large amount of imports of medicine with new national production and research," the Minister pledged.

- Meantime, the Turkish Statistic Institute (TurkStat) has reported that the country’s pharmaceuticals and pharmacy-related sector grew 11.6% in the first four months of this year. This is the second-fastest growth of all industrial sectors during the period, after computers, electronics and optical items, which were up 13.9%.

Turkey "can be a global pharma R&D, production hub by 2023"
http://www.devaholding.tr
http://www.businessmonitor.com
http://www.turkstat.gov.tr
Tweets by @PharmaTimes