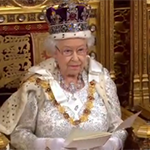 The UK government will increase its healthcare spending in England by at least £8 billion a year by 2020 and make the NHS a seven-day a week service.

The pledges formed the health focus of the Queen’s Speech yesterday, in which the newly-elected Conservative government set out its legislative agenda.

Other plans will see the government push ahead with the integration of health and social care and ‘prioritise patient access to all services’, particularly those for mental health.

British Prime Minister David Cameron said: “We have a mandate from the British people, a clear manifesto and the instruction to deliver. And we will not waste a single moment in getting on with the task.”

The Queen’s Speech also saw the government give explicit backing to NHS England’s plan for modernising the NHS, the Five Year Forward View.

But the government will face serious challenges in delivering healthcare improvements. The number trusts in deficit rose from 10% in 2012/13 to 26% in 2013/14 and a number of key performance indicators, such as A&E waiting times, have not been hit.

Also of note for pharma will be the forthcoming City Devolution Bill which aims to give greater local control of transport, housing, skills and healthcare to cities with elected metro mayors.

This follows the move earlier this year to hand Greater Manchester control of its £6 billion NHS budget, with its ten councils taking responsibility for the region’s entire health and social care system.