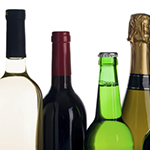 Lundbeck has launched Selincro in the UK, giving patients access to the first new drug for alcohol dependence in more than a decade.

Selincro (nalmefene) is a unique dual-acting opioid system modulator that acts on the brain’s motivational system, which is dysregulated in patients with alcohol dependence.

The once daily pill is meant to be taken on days when an alcoholic feels at greater risk of having a drink, under a different approach that aims to reduce - rather than stop altogether - alcohol consumption, which some experts believe is a more realistic goal.

The company stressed that the strategy is not intended to replace the traditional goal of abstinence but to offer another option for patients to cut down and regain control of their drinking, as they ultimately aim for abstinence.

As such, the drug is not suitable for those requiring immediate detoxification, or for patients experiencing withdrawal symptoms, also setting it aside from other alcohol dependence therapies on the market.

For patients for whom Selincro is suitable, treatment with the pill plus counselling could help to cut alcohol consumption by around 60% after six months, equating to an average reduction of nearly one bottle of wine per day.

Clinical trials also showed that the drug, which costs roughly £3 a pill, was generally well tolerated, with side effects considered generally mild to moderate in nature, the most common being nausea, dizziness, insomnia and headache.

Alcohol dependence is considered a major public health concern, and yet it is both underdiagnosed and undertreated, highlighting the urgent need for better management of the condition.

It is estimated that 1.6 million people in England have alcohol dependence, and yet 1.5 million of these are thought to be undiagnosed and untreated, leaving their conditions to spiral out of control.

Aside from the obvious benefits to health, curbing unhealthy alcohol consumption could help cut back the £3.5 billion that alcohol misuse currently costs the NHS in England alone, according to Lundbeck.