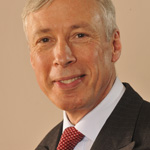 UK trade associations, politicians, payors and patients have met with the European Medicines Agency to discuss the pros and cons of the latter’s adaptive licensing scheme to speed up access to new treatments.

The Association of the British Pharmaceutical Industry, the BioIndustry Association and the Centre for the Advancement of Sustainable Medical Innovation have hosted what they refer to as a ‘one-stop-shop’ on adaptive licensing. The process would involve early approval of a drug iin a restricted patient population, followed by what the EMA has called ‘phases of evidence- gathering and adaptations of the marketing authorisation to expand access.

To date, 14 companies have submitted applications and the EMA will communicate shortly which of these will be taken forward.

Key topics at the meeting included the view that pilot involves a “coalition of the willing” including regulators, payors, industry and patients “in a discussion in a safe harbour environment”. The BIA, ABPI and CASMI said in a statement that “there was great emphasis on the need for trust and open and honest dialogue between all involved [and] it was recognised that this approach now allows, an adaptive mindset, using multiple data sources to help patients”. This recognises “a shift from a blockbuster development strategy to one that considers smaller patient populations from the outset”, they said.

The 85 attendees agreed that the Medicines and Healthcare products Regulatory Agency and the National Institute of Health and Clinical Excellence, as well as the EMA, had the capacity to deal with potential additional workload and that they are adequately resourced. They also backed the idea that the pilot is designed “to allow the acceptance of greater uncertainty, not increased risk” and stated that “agreement on pricing and reimbursement will be fundamental to the success” of the scheme.

Health Minister Lord Howe (pictured) described adaptive licensing as a “golden opportunity” to demonstrate the strength of life sciences in the UK. He went on to say that if used successfully, it will show that regulation is “not a noose which stifles but rather a safety mechanism which can release medicines to patients in need”. Bina Rawal, the ABPI’s research, medical and innovation director, added that “once we have addressed some of the outstanding challenges”, it could help support the development of medicines where there is high unmet need, such as novel antibiotics and medicines for dementias and rare diseases.

Steve Bates, BIA chief executive, noted that “a number of our member companies are already considering participating in the adaptive licensing pilot, and hope that by explaining the detail…more companies will fully understand the opportunities offered by this pathway”. Richard Baker, director of CASMI, concluded by saying that “ significant challenges in the trial design, informatics, reimbursement, ethics and public and patient communications” will be vital to the pilot’s success.