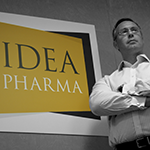 The IDEA Pharma consultancy says it “has joined the fight” to encourage the publication of all clinical trial data, insisting the industry can only thrive if there is more transparency.

The UK company is the first pharma consultancy to back the ‘All Trials Registered, All Results Reported’ campaign at AllTrials.net.

IDEA has worked with a range of pharma firms, both small and large, assisting them in taking drugs to market.

In a statement the firm said that through its consultative role, its staff has seen a range of new drugs in development, and its chief executive Mike Rea is convinced the sharing of results would be an “invaluable step forward for the industry”.

Rea added: “We are lucky enough to work with some of the best drugs the industry has ever discovered and, when you have a great, clinically-meaningful drug, you want people to see the trials and data.

“Backing this campaign isn’t a hard decision because in my view, when it comes to the question of whether all clinical trials should be reported, there is only one right answer. There are reasons some might prefer a different answer, but few will argue there’s a different right answer.”

AllTrials.net’s petition has already attracted more than 37,700 signatures and support from over 180 companies and organisations including Britain’s largest pharma firm GSK, as well as the UK’s drug pricing watchdog NICE.

Rea insists other pharma companies have an obligation to follow suit “if they are truly committed to practicing what they preach”.

He explained: “The pharma giants out there talk about ‘right drug, right patient, right time’ and about personalised and precision medicine – if they truly believe their own visions it’s hard to imagine why they would have a problem with transparency.

“The world of drug discovery is transforming and if you’re aiming to develop a clinically-meaningful drug, open data is your friend. That is the new pharma model.”

All Trials Registered, All Results Reported is an initiative of Sense about Science, Bad Science, BMJ, James Lind Initiative, the Centre for Evidence-based Medicine and others from research, patient groups and medicine.