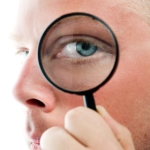 A study in the UK developing wearable sensors to monitor progressive multiple sclerosis patients in their daily life is one of 22 projects that will benefit from a new 22 million euro fund.

The Imperial College London study will involve 40 patients who will wear watch-sized sensors on a belt or in a position near to the body’s centre of mass to monitor their movements over a year. By using Bluetooth and wi-fi, the study will collect moment-to-moment information on a patient’s position and walking speed.

Paul Matthews, head of the division of brain sciences at UCL, said that using wearable sensors will help his team “get an in-depth and dynamic picture of their experience. It would be much more meaningful than the crude ‘snapshot’ we see during a clinic visit”. Yike Guo, director of the Data Science Institute at ICL (which will analyse “the huge amounts” of information the study plans to produce and then translate), said that “data is the lifeblood of the 21st century and this is particularly apparent in the world of medicine where smart collection and communication has the power to save lives”.

The UCL project is one of four of the 22 announced at the Joint ACTRIMS-ECTRIMS meeting in Boston to take part in the UK being funded by the International Progressive MS Alliance. The others are based in the USA, Canada, Sweden, the Netherlands, Denmark, Italy, Australia and Belgium.

Michelle Mitchell, chief executive of the UK’s MS Society, said: “We know that people with MS desperately want treatments that can slow, stop or reverse the effects of MS progression – and by working with MS charities across the world, we hope to achieve this”.

She added that “this collaboration is ignoring international borders, we’re simply funding the best science in the world”.