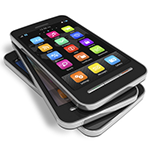 Social network HealthUnlocked, one of the fastest growing startups in the UK sector, has officially launched in the USA.

The digital health company, founded in 2010, last month received three million site visits, and already provides NHS Choices’ user-generated, interactive content via the communities section. Now it is expanding across the Atlantic, with chief executive Jorge Armanet noting that “there is huge global demand for better healthcare information and support”.

He added that “our constant technology evolution and expansion to the U.S. are enabling us to connect people with relevant, personalised health information anytime, anywhere”. The launch sees the addition of ten US health organisations to HealthUnlocked, including the Armed Forces Foundation, Hepatitis Foundation International and Patient Power Cancer Network.

Some 60% of people visit the site via their mobiles and HealthUnlocked has invested £1 million “to ensure the platform is fully optimised and scalable for mobile device use and multilingual intelligence”. Information can be accessed in English, Spanish and Portuguese.

Before joining the platform, seven out of ten patients on HealthUnlocked had never spoken to another patient with the same condition before. The company, which claims to known as the ‘LinkedIn for health’, catalogues the views of patients in an ‘intelligent database’, organised by communities, which signposts relevant content to people based on their profile. There are over 500 patient organisations and health support charities within the network, covering over 750 health conditions.