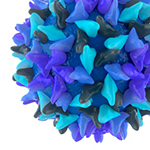 Merck & Co’s once-daily, single pill, fixed-combination hepatitis C drug Zepatier has been cleared by the US Food and Drug Administration for patients with genotype 1 and 4 infections.

Zepatier does, however, carries a warning alerting patients and healthcare providers that elevations of liver enzymes to greater than five times the upper limit of normal were observed in around 1 percent of clinical trial participants, generally at or after treatment week eight.

Consequently, liver-related blood tests should be performed prior to starting therapy and at certain times during treatment, and Zepatier should not be given to patients with moderate or severe liver impairment, the regulator said.