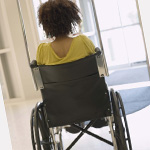 US drugmakers currently have 851 medicines in development for diseases which disproportionately affect women, says a new industry report.

The products, which are all now in human clinical trials or awaiting Food and Drug Administration (FDA) review, include 139 potential treatments for cancers affecting women - 91 for breast cancer, 49 for ovarian cancer and nine for cervical cancer, says the report, from the Pharmaceutical Research and Manufacturers of America (PhRMA).

There are also 114 potential new treatments for arthritis and musculoskeletal disorders, says the group, noting that 60% of US patients with some type of arthritis or related conditions are female. 83 new treatments are in R&D for Alzheimer's disease - two-thirds of the 5.4 million Americans living with the disease are women - and 72 for depression and anxiety, which affect almost twice as many women as men.

110 treatments are now in R&D for autoimmune diseases such as multiple sclerosis (MS) and rheumatoid arthritis (RA), which strike women three times more than men, and 64 are being developed for obstetric and gynaecological conditions, says the industry group. Researchers are also working on 299 medicines for heart disease and stroke, which kill nearly 500,000 women in the US every year, and 98 medicines for lung cancer, the leading cancer killer of women, it adds.

"As recently as a couple of decades ago, there was a basic assumption that what was good medically for men was good for women in almost every case," said PhRMA chief executive John Castellani. "Today, our increasing knowledge of the less-obvious differences between man and women is providing great promise for new and better treatments that will benefit both sexes," he added.

The study shows that women account for around 90% of US patients suffering from lupus, migraines and fibromyalgia. Moreover, for many diseases, they may present with symptoms which are different from those seen in men. For example, men having heart attacks typically report chest pain that radiates down the arm, while women may instead feel indigestion, extreme fatigue and nausea.

Some of the most promising work is in the area of autoimmune diseases, where a better understanding of how women react differently to stress than men is developing. For example, researchers have found that women's bodies react to stress by producing higher levels of cytokines, and exposure to violence has recently been identified as a potential explanation for a higher incidence of certain diseases among women.

And within autoimmune disease research, some of the greatest progress is being made in the study of MS, which is two to three times more prevalent among women than men, says Anita Burrell, head of the distinct product unit for multiple sclerosis at Sanofi. She believes that a number of new treatments with much better outcomes will be on pharmacy shelves within this decade.

"We are on the edge of a whole new wave of therapies. We should see remission in our lifetimes and, with the current speed of innovation, long-standing remission within our children's lifetimes," says Ms Burrell.

Among the potential new medicines in development for women cited in the report are: - a treatment that uses nanotechnology to target a cytokine that plays a key role in the inflammatory process associated with RA; - a first-in-class medicine in development for ovarian cancer that induces cell drug and reduces cancer growth by inhibiting an enzyme responsible for cell division; - a first-in-class medicine in development for migraine that selectively blocks transmission of pain signals to the brain; and - a new monoclonal antibody (MAb) for lupus that modulates B-cells which produce antibodies against the body's own cells and tissue, causing the immune system to turn on itself.