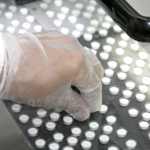 US biopharmaceutical research companies currently have 395 new drugs and vaccines to fight infectious diseases in late-stage development, all of which are either in clinical trials or under review at the Food and Drug Administration (FDA), says a new report.

Over 9.5 million people around the world still die every year from infectious diseases, and of particular concern today are virulent forms of “superbugs” that have mutated and grown resistant to available antibiotics, according to the study, which is published by the Pharmaceutical Research and Manufacturers of America (PhRMA).

Some of the diseases being targeted plague the developing world while others threaten lives in every country. In Africa, for example, every 45 seconds a child dies of malaria, says the PhRMA report, which notes that US companies now have six medicines and five vaccines in development.

Scientists are also working to prevent, treat or cure other devastating diseases that mostly strike people in the developing world, such as the Ebola virus, dengue fever, yellow fever, typhoid and cholera, while increasing attention is also being paid to “superbugs” like Methicillin-resistant Staphylococcus aureus (MRSA) that have spread throughout the world.

When staph bacteria spread to the bloodstream, a life-threatening illness - sepsis - can occur. Sepsis has increased 91.3% over the last 10 years and is expected to kill 215,000 people in the US this year, says the report.

US companies currently have 18 new medicines and vaccines to treat or prevent staph infections and sepsis in development, and scientists are also are developing treatments for infectious diseases as varied as herpes, rabies, meningitis and severe acute respiratory syndrome (SARS), it adds.

145 vaccines are in development at US companies to prevent a variety of infections, including a number of forms of influenza, plus 88 antibiotics and 96 antivirals. Treatments for HIV infection are not included in the report, but a 2009 survey identified 97 medicines and vaccines in testing for HIV/AIDS, says PhRMA.

Of the 395 medicines and vaccines listed in the new report, 24 have been assigned “fast track” status by the FDA, which aims to facilitate development and expedite the review of drugs to treat serious diseases and fill a critical, unmet medical need. The new medicines currently being fast-tracked include those for hepatitis C, severe sepsis and pneumonia.

In the area of biological warfare agents,  the report says that 10 separate treatments for anthrax and three for smallpox are now in development. Although medical progress eradicated naturally-occurring smallpox in humans worldwide by 1980, concerns remain that the virus could be used as a bioterrorism weapon, it notes.