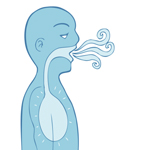 An independent UK review has concluded that electronic cigarettes are at least 95% less harmful than smoking tobacco, prompting calls from Public Health England for medically regulated versions to be handed out on the National Health Service.

The recent surge in popularity of e-cigarettes in the UK has come hand-in-hand with concerns that they could re-normalise smoking and encourage people to take up the habit, not to mention the ongoing debate over safety and efficacy.

But aside from backing their relative safety compared with normal cigarettes, the analysis, commissioned by PHE, also found that the devices can help smokers quit, and that almost all of the 2.6 million adults ‘vaping’ in Britain are current or ex-smokers.

What is concerning, notes PHE, is that nearly half the population (44.8%) don’t realise e-cigarettes are much less harmful than smoking.

“E-cigarettes are not completely risk free but when compared to smoking, evidence shows they carry just a fraction of the harm,” said Kevin Fenton, PHE’s Director of Health and Wellbeing. “The problem is people increasingly think they are at least as harmful and this may be keeping millions of smokers from quitting”.

Given their potential benefit as quitting aids, PHE said it looks forward to “a choice of medicinally regulated products that can be made available to smokers by the NHS on prescription”.

“We echo the views of PHE and support the original intention of The Medicines and Healthcare products Regulatory Agency to regulate e-cigarettes as medicinal products as an aid to smoking cessation,” said the Royal Pharmaceutical Society. “The licensing process would align e-cigarettes with other nicotine reduction therapies and ensure quality control and standardisation of products”.

But the Society also stressed that as e-cigarettes are a very new product, “no-one can be sure of the consequences of long-term use on health and further research is needed to determine this.”

Tobacco is responsible for around 100,000 deaths every year, and causes more than eight out of ten lung cancers, plus at least 13 other types including mouth and throat cancers, according to CR UK.