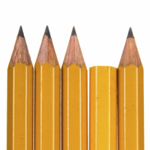 Vivus has filed its impotence drug avanafil with the US Food and Drug Administration.

The New Drug Application is based on a Phase III programme which included over 1,350 patients. Data showed that avanafil, which is licensed from Japan's Mitsubishi Tanabe Pharma Corp, was well tolerated and effective in treating men with erectile dysfunction.

All doses tested – 50mg, 100mg and 200mg – met each of the co-primary efficacy endpoints of the studies, Vivus notes, with the 200mg dosage performing well in terms of erections sufficient for penetration and successful intercourse. Across all the Phase III studies, success in the latter was observed in some avanafil-treated patients as early as 15 minutes after dosing.

Leland Wilson, Vivus chief executive, noted that the drug was well tolerated and had a low dropout rate in all of the trials. If approved, "avanafil could be an attractive treatment alternative for the 30 million men in the USA who suffer from ED", he added.