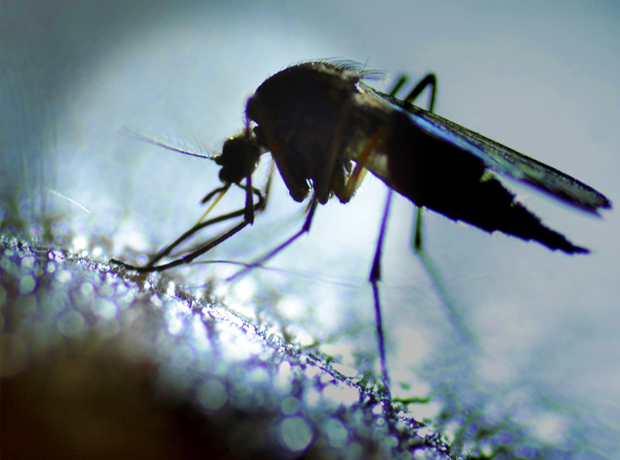 Malaria is a life-threatening disease caused by parasites, transmitted to people through the bites of infected female Anopheles mosquitoes.

The devastating disease is both preventable and curable, but there were still an estimated 219 million cases of malaria over 87 countries in 2017, with the estimated number of deaths at around 435,000.

On World Malaria Day 2019 we speak to Nathalie Sohier, global head of Infectious diseases Therapeutic Area at PAREXEL, to find out about current treatment options, and what needs to be done to make a difference:

What’s your background and current role?

I’m Global Head of Infectious diseases Therapeutic Area at PAREXEL, a role I’ve held for just over four years now. I’ve been with PAREXEL for almost 14 years in total, working in various roles during that time. At the start of my career, I spent almost 10 years with Médecins Sans Frontières (MSF) France.

Why the interest in malaria?

I started my professional life working with International Medical NGOs, where I had striking experiences with malaria very early on.

In 1988 I was working in the Thai-Burmese border with Môn people. At that time, malaria was the number one disease in terms of morbidity and mortality in this area. 80% of hospitalised patients had malaria and mortality was substantial amongst patient with severe and cerebral malaria.

Later, when working in Kenya, I witnessed how HIV infection was transmitted to babies hospitalised for severe anaemia due to malaria. Malaria’s main cause of death for babies is severe anaemia. In that case, the life-saving treatment is blood transfusion. In this area, it was difficult to convince adults to give blood and finding blood was the first challenge. Not only the blood had to be ABO compatible but also HIV negative which was an issue.

What have you found to be the key differences working for a CRO compared to a medical NGO?

Thanks to collective efforts by governments, multinational institutions, the private sector and non-profit organisations, the world has made historic progress to defeat malaria. It’s all part of one global fight, and the different parts of the ecosystem work together to buy and distribute life-saving malaria interventions, training community health workers and, researching and developing innovative tools. I’m honoured to have been involved in both the CRO and NGO parts of the fight against Malaria.

How widespread is Malaria today?

According to the World Health Organisation, in 2017, there were an estimated 219 million cases of malaria in 87 countries. Approximately 70% of the world’s malaria burden is concentrated in 11 countries: ten on the African continent, plus India.

The WHO African Region carries a disproportionately high share of the global malaria burden. In 2017, the region was home to 92% of malaria cases and 93% of malaria deaths.

What are the current treatment options?

Current treatment encompasses preventative and curative aspects. Artemisinin-based combination therapies (ACTs), are in widespread use, and pregnant women and children aged three – 59 months are provided with systematic treatment. Used in conjunction with malaria nets and insecticide spray, we’ve seen the global malaria burden decrease by an estimated 37% from 2000 to 2015.

What challenges remain in treating the disease?

There are a few key challenges. The main challenge is to diagnose and provide adequate treatment on time for patients living in remote areas and difficult accessibility, especially during the rainy season. Recurrence is another issue we see, as these species can remain dormant in the liver weeks or even years after first infection. The resistance of the parasites to the drugs is an emerging challenge and is a public health concern threatening the sustainability of the ongoing global effort to reduce the burden of malaria.

What are the most exciting things happening in research today for Malaria?

The most exciting things today derive from the decision taken in 2015 by WHO to switch from malaria control to malaria elimination in at least 10 countries by 2020 and to dramatically lower the malaria burden by 2030.

On the parasite side, various treatments and strategies are being developed including the distribution of the only malaria vaccine available to date to children in selected countries, the research of new potent first line malaria treatment not prone to resistance generation, the development of new safe single-dose regimen treatment to break the cycle of disease transmission in symptomatic patients but also the treatment of asymptomatic carriers.

What would make the biggest difference to improving the fight against the disease?

Globally there has been great progress in the fight against Malaria, however, more funding is needed. This funding also needs to come from various sources, as the countries affected are typically economically poorer countries. To date, the Global Fund to Fight AIDS, Tuberculosis and Malaria has been the largest funder, and the World Bank has also been instrumental in funding programs.

It is estimated that to reach the Global Technical Strategy (GTS) for Malaria 2016–2030 (which sets the target of reducing global malaria incidence and mortality rates by at least 90% by 2030) targets annual malaria funding will need to increase to at least US$ 6.6 billion per year by 2020.