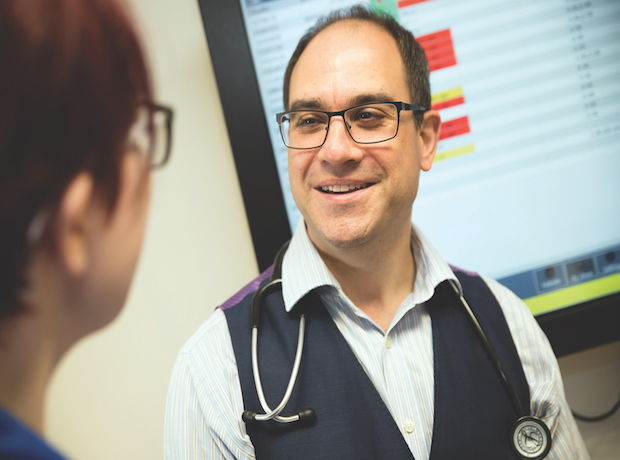 Dr Jason Raw outlines key findings from the SYNPASES trial, which explored the tolerability of safinamide used as an adjunct therapy in patients with Parkinson's disease

Zambon has officially presented the results from SYNAPSES, its multinational, multicentre, retrospective/prospective cohort observational study that explored the tolerability of safinamide used as an adjunct therapy in 1,610 patients followed up to 12 months. The study was designed to include potentially all patients treated with safinamide as per clinical practice1, and investigate the real-world use of safinamide in six European countries including the UK, particularly in patient populations not well represented in clinical trials such as those older than 75, those with psychiatric illnesses or those with relevant comorbidities.

The primary objective was to evaluate the occurrence of adverse events in patients treated with safinamide in real-life conditions during one year in the first post-commercialisation phase as reported by the investigators, following an analysis conducted in the overall population, and in the above-mentioned subgroups of interest.

Secondary objectives included the description of the characteristics of patients treated with safinamide according to clinical practice and the description of safinamide treatment patterns in real-life settings as well as motor evaluations, as measured by UPDRS III (Unified Parkinson’s Disease Rating Scale)1.

Clinically significant improvements were seen in the UPDRS motor score and in the UPDRS total score in ≥40% of patients1. The percentage of patients experiencing AEs during one year of treatment with safinamide in real-life conditions was 30% lower compared to the percentage observed in six-months pivotal trials2,3. The monthly incidence rate of AEs was very low: 0.07 AEs per patient per month.

Dr Jason Raw, Fairfield General Hospital, Bury, Greater Manchester, UK, affirmed: “The majority of patients treated with levodopa experience motor fluctuations with a significant deterioration of their quality of life. The SYNAPSES study showed that safinamide was able to reduce motor fluctuations and wearing-off, and as a consequence may improve subjects’ QoL and hopefully reduce some of the economic burden of PD”.

The SYNAPSES study confirmed validity and tolerability of safinamide, as adjunct therapy, in fluctuating patients and in special groups of subjects. Motor complications and motor scores improved with clinically significant results in the UPDRS scale maintained in the long-term.