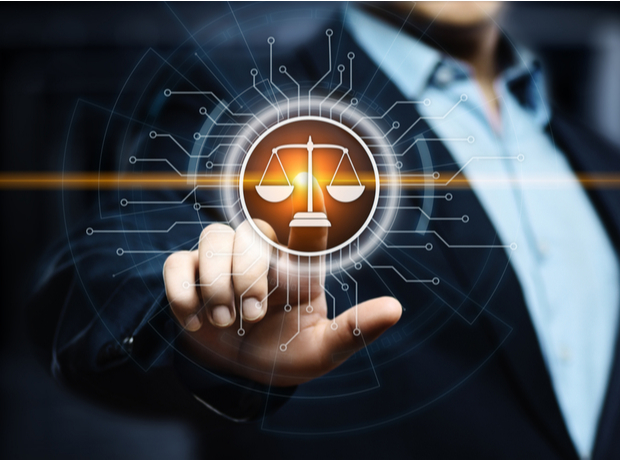 In the year the world turned to pharmaceutical innovators for solutions to a global crisis, it is interesting that the opportunity to protect innovation in this sector has been restricted. Aside from rising to the challenges brought by COVID-19, pharmaceutical manufacturers have been getting to grips with several legal decisions with far-reaching implications for future research and development projects.

The year began with the European Patent Office (EPO) revoking a patent for CRISPR-Cas technology, owned by the Broad Institute. Despite an initial intention to refer questions of such fundamental legal importance to the Enlarged Board of Appeal, the EPO deemed the patent's priority claim to an earlier-filed US patent application invalid under European law. While this decision served as an important reminder of the need for a global perspective when seeking to protect inventions of worldwide significance, it was by no means the conclusion to this ongoing saga.

Meanwhile,the genetic sequence of COVID-19 was published on 11 January 2020, mobilising the global pharmaceutical community – and associated collaborators – to respond to the need for an effective vaccine.

Royalty Pharma sought a Supplementary Protection Certificate (SPC) to extend the protection of its licensee’s product sitagliptin (Januvia), which is used for treating diabetes. The patent claims defined the product in purely functional terms. Sitagliptin was developed after the priority date of the patent. Despite arguing that sitagliptin is protected by the claims of an existing patent, Royalty Pharma was unsuccessful in its efforts.

Given previous case law, this decision was not entirely unexpected. However, this will have a real impact on applicants’ ability to capture the value of early stage research or platform technology (when a specific product may not have been identified).

Following a referral to the Enlarged Board of Appeal (EBA), the European Patent Office came to the decision that plants produced by natural breeding methods are not patentable (G 3/19). There was much controversy surrounding this decision, especially when the EBA concluded that a ‘dynamic interpretation’ of the EPC was called for. This perhaps explains why this decision does not have retroactive effect.

While clarity on this issue was welcome, the decision will present challenges to the medicinal plant sector, in particular the growing medicinal cannabis industry.

Although plants produced by conventional breeding techniques are no longer patentable, a plant comprising a ‘new breeding techniques’ generated mutation (as well as the process for producing it) is still not excluded from patentability in view of G 3/19. We may well see companies building a competitive advantage by building patents in this area.

In June, the UK Intellectual Property Office (UKIPO) considered the interplay between the different incentives available under EU law for research into the paediatric use of new medicinal products.

There is nothing new here, but this case shines the spotlight on the need for companies and practitioners to carefully consider the different periods of exclusivity available through the regulatory and intellectual property legal frameworks, and to implement a strategy early to ensure the period of exclusivity is maximised, placing an additional burden on innovators.

Sufficiency of disclosure is at the heart of the 'patent bargain', by which the patent holder is granted a monopoly of a limited term in which to commercially exploit an invention, and the public is permitted to work the invention after the expiry of the monopoly.

In a key decision of the year, the Supreme Court ruled in Kymab’s favour, and, ultimately, it was successful in overturning two key patents belonging to Regeneron.

At first sight, the Supreme Court judgment does not change the law that for a product claim, sufficiency of disclosure requires substantially the whole of the range of products within the scope of the claim to be made available by means of the disclosure of the patent. However, the treatment of the Court of Appeal’s judgment reveals some of the wider implications.

The judgment underlines the challenges surrounding protecting inventions where the technical contribution resides in a principle of general application which requires further technical development before it can be fully realised. There is a sweet spot, which balances the need to have just reward for ground breaking inventions, while allowing others to have the freedom to conduct further research to build upon the existing innovation. I cannot emphasise enough the significance of the data used to support patent applications. It is this data that will determine the scope of protection afforded to the applicant.

In perhaps the most significant SPC-related setback of the past five years, the Court of Justice of the European Union made it clear inSantenthat it was not possible for pharmaceutical companies to obtain SPCs for new uses of old products.

Effectively overturning the 2012 Neurim judgment in this area, it calls into question the validity of SPCs granted for new indications of products which had previously received a marketing authorisation in the EU.Consequently, those repurposing drugs must carefully consider the timing of filing their patent application to maximise the patent lifecycle.

This is a big blow to the repurposing industry. There are plenty of good, safe drugs on the market, and it makes sense to expand their indications. It is not a trivial matter to obtain a marketing authorisation for a new use and there should be a reward available through the IP system. Otherwise, an entire industry may be disincentivised.

The prospect of disputes arising in the race to identify COVID-19 treatments was brought into sharp focus by Allele Biotechnology’s high-profile law suit against Regeneron. The case, which centres around alleged use of Allele’s mNeonGreen protein in developing a COVID-19 antibody cocktail (used to treat President Trump) highlights the complexity of technologies, market players and business models within the life sciences arena. Given the complexity of the landscape and the speed at which innovation is occurring, it is likely to be just one of many legal challenges as new therapeutics come to the fore.

Looking forward, the industry faces many challenges in securing IP protection for future innovation. Adopting a best practice approach to IP is paramount. As we move into 2021 and beyond, I also believe we will see digital innovation play an increasingly important role in this space. Data is rapidly becoming the currency that drives collaborations and growth and having a strategy to capture the value in this asset will create a competitive advantage.

The key take home point from the year is that IP should be considered within the wider context of the overall business plan. With the opportunities for SPCs being restricted, and the challenges for sufficiency of disclosure being highlighted, having a plan that considers the interplay between all forms of IP including regulatory issues is critical.