Exploring the role of technological innovation in transforming brain health 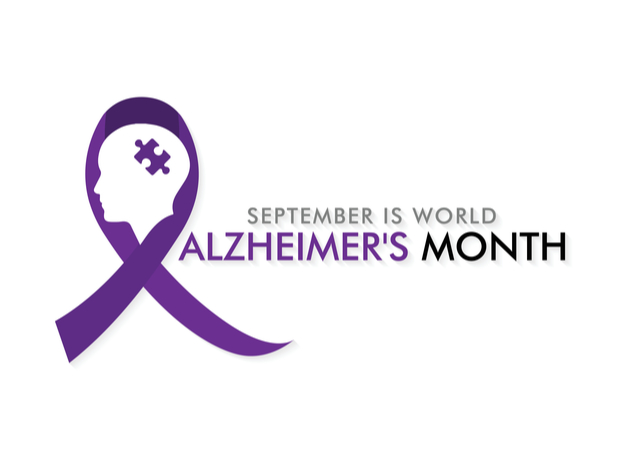 With a new case of Alzheimer’s disease (AD) developing every three seconds, the importance of early diagnosis and intervention has never been clearer.

As we countdown to World Alzheimer’s Day on 21 September, important conversations around the role of technological innovation will be vital in transforming brain health and improving the lives of those living with dementia, both now and in the future.

After years of dedicated research, scientists are on the verge of exciting major diagnostic advances in AD that could potentially transform the lives and prospects of hundreds of millions of people worldwide.

A new generation of highly effective tests – based on biomarkers, digital health technology and ground-breaking psychometric analysis – is poised to resolve the long-standing difficulties in AD diagnosis, potentially making it as commonplace as the current universal tests for cancer screening. With this leap in progress comes the prospect of much earlier intervention, potentially more effective treatment from novel therapeutics and maybe even prevention altogether.

AD is set to reach epidemic proportions as the world’s population ages. However, more than a century after the condition was first identified by German physician, Alois Alzheimer, reliable and early diagnosis remains a challenge.

Instead, diagnosis typically depends on a battery of tests carried out by a range of specialists, from primary physicians, to psychiatrists, psychologists, geriatricians, and neurologists. Memory clinics test cognitive abilities – from memory to problem-solving to concentration – using questionnaires that are arguably decades out of date in terms of their frame of reference.

Such tests are often supplemented by medical imaging of an individual’s brain, using a CT, PET or MRI scanner, but such procedures are expensive and largely unavailable in many countries with health inequalities.

As a result, AD diagnosis tends to come late into the disease progression, or not at all. Even when the condition is successfully identified, the process is often prolonged, causing significant stress and anxiety for the individual and their friends and family.

However, there has been a real, concerted push by researchers to find diagnostic tests that are simple to administer, are not language dependent and which will allow the condition to be identified at much earlier stages in its progression. These are paving the way for effective treatment by future therapeutics, which include innovative approaches to identifying bio-marker indicators of the disease in much the same way that blood sugar levels are used to detect diabetes.

Promising avenues of development include simple blood- tests, alongside genetic profiling for people with a family history of particular forms of AD. Blood based biomarkers hold potential for not only cheap and quick diagnosis, but also clear treatment effect monitoring of new therapeutics.

Much of this is tied to the growth in digital health, which exploits the capabilities of artificial intelligence, machine learning and data analytics and combines it with the widespread adoption of smart phones, mobile devices and apps to great effect.

The advantages are considerable; digital diagnostic tools help to achieve more reliable results – greater accuracy and fewer errors – as they reduce the reliance on expert experience and opinion. With existing tests there has always been a risk of inadvertently or accidentally prompting the patient to make certain responses. With the move to AI and machine learning, diagnosis becomes much more objective.

This is not to denigrate the importance, and indeed pre-eminence, of clinicians. Instead, we expect to move to a bionic model that harnesses the best of human and machine. The white coat is not about to give way to the black box: human doctors will continue to diagnose the illness, but they will be supported with better tools, just as their counterparts in the past were greatly aided by breakthroughs such as the microscope, the thermometer and the X-Ray.

These digital diagnostic tools allow doctors to gain valuable insights by instantly benchmarking an individual patient’s results with a spectrum of comparators from well-defined and characterised populations.

Advanced diagnostics should allow a move to comprehensive testing confined to at home and GP level, rather than placing the burden on hospitals and consultants. New psychometric AD tests could become routine as part of the familiar series of standard tests that the local practice nurse carries out, along with ECGs and blood pressure monitoring.

They could even become self-administered in the same way as pregnancy, cholesterol or COVID-19 lateral flow tests. Researchers have a vision of early cognitive assessments taking place in the comfort of people’s own homes, giving reassurance to the worried well and taking the pressure off the NHS. Diagnostic tools are also evolving into monitoring tools in much the same way as wearable activity tracking devices such as fit-bits.

For many people, the new diagnostic tools will enable much earlier testing and offer reassurance that they don’t have the condition. Anyone finding an early indicator could be motivated to make lifestyle adjustments that may help prevent a predisposition developing into more significant symptoms in later life.

While a cure for AD remains the ultimate goal, it is very likely that there will be effective treatments for it in the near future. The therapeutics in the global research pipeline are largely targeted at stopping or slowing the decline in brain function and will have a greater effect on the earlier stages of the disease. So the earlier intervention is achieved, through greatly improved diagnostics, the better.

It’s all part of a greater push for brain health awareness among the population – mirroring the beneficial impact of previously successful campaigns for heart health and lung health awareness.

Best of all, the new diagnostics will empower people with regards to AD. At the moment, diagnosis comes too late to be able to do anything meaningful to mitigate this distressing condition. The new diagnostics, combining the best of human and artificial intelligence, offer real hope of better outcomes for millions. Technology has AD in check.