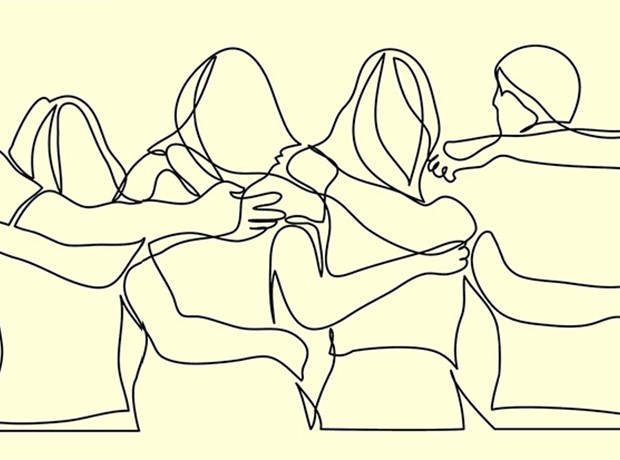 When you encounter a big challenge, it takes teamwork to face it. Speeding novel gene therapies to patients with rare diseases has certainly been a challenge – so much so that the federal government is now leading an exciting new public-private partnership aimed at solving it.

The Food and Drug Administration (FDA) and National Institutes of Health (NIH) launched the Bespoke Gene Therapy Consortium (BGTC) last October. The five-year initiative, managed by the Foundation for the National Institutes of Health (FNIH), is focused on accelerating the development of gene therapies for rare diseases and includes many partners from industry, including my employer, Aldevron, and other life sciences companies at Danaher Corporation.

Participating in BGTC is both a personal and professional passion for me. Having lost my daughter in 2018 to Batten disease, a rare genetic disorder that could be a prime target for gene therapy, I understand the urgency of BGTC’s mission.

Enabling and accelerating the development of genomic medicines like gene therapy are commitments Danaher and its companies have made. In my work, I often encounter families who are facing diagnoses of rare diseases and have precious little time to wait for breakthrough treatments to hit the market.

I understand their frustration. And I hope many more biopharma companies will join the effort to foster gene therapy development in Batten disease and other genetic disorders.

One family’s struggle with a rare disease

The geneticist told us Taylor would become blind and lose her ability to walk, talk and swallow and she’d have seizures. We looked at him and said, “So what can we do?” He told me there was nothing we could do, but I couldn’t accept that – she was about to turn eight years old. As it turned out, we couldn’t do anything more than treat Taylor’s seizures and pain. There was nothing to get at the root cause of her disease.

We wanted to contribute to the development of treatments for children like Taylor, so we launched a public charity and have been supporting gene therapy research since 2013.

I have always been reticent to use the word ‘cure’, but I wanted something that would make life better for my daughter and nothing existed. You can’t lose hope, even when you know your child is not going to survive.

There are about 7,000 rare diseases, most of which are caused by a single defective gene. Yet there are only two gene therapies approved to treat heritable rare diseases. There are FDA-approved treatments for several hundred rare diseases, but they treat symptoms rather than offer the opportunity for cures.

I see great potential for gene therapy. In addition to the two approved gene therapies, there are many strong candidates in clinical and preclinical testing for monogenic diseases. The gene therapy our public charity supported in 2013 is now being developed by a biotech company and a clinical trial is on the horizon.

But we need more gene therapies in the pipeline, because when it’s your child, it’s not an ‘ultra-rare disease’, It’s an illness that needs an answer.

The BGCT falls under the umbrella of the FDA’s and NIH’s Accelerating Medicines Partnership programme, which focuses on building a better understanding of biological pathways that could be targets for new treatments.

BGCT will fund research focused on improving the most common delivery vehicle used in gene therapy, the adeno-associated virus (AAV). It will also develop analytics aimed at improving AAV manufacturing, conduct clinical trials of gene therapies for rare diseases and test methods for streamlining regulatory processes, so new gene therapies can get to patients faster.

The fund could help address many of the challenges facing gene therapy developers today. For example, AAVs are difficult to develop and to manufacture at commercial scale, intensifying the need for novel and efficient solutions. By conducting several gene therapy clinical trials, each using a different AAV, the BGTC will gain a deep understanding of what’s needed to improve viral vector manufacturing and shorten the path from animal studies to clinical development.

It will also look closely at the challenge of streamlining regulatory requirements for the approval of gene therapies. This will include standardising approaches to preclinical studies. It’s important to develop standards so developers have a playbook to follow, and they don’t get delayed trying to answer questions that have already been answered. These standards will create efficiencies, which in turn will speed more gene therapies to the patients who need them.

The BGTC is bringing government agencies, companies, and non-profits together to tackle the many challenges of developing gene therapies. I hope that with the support of all of the participants, we will be able to accelerate innovative gene therapies to so many patients who have rare diseases.