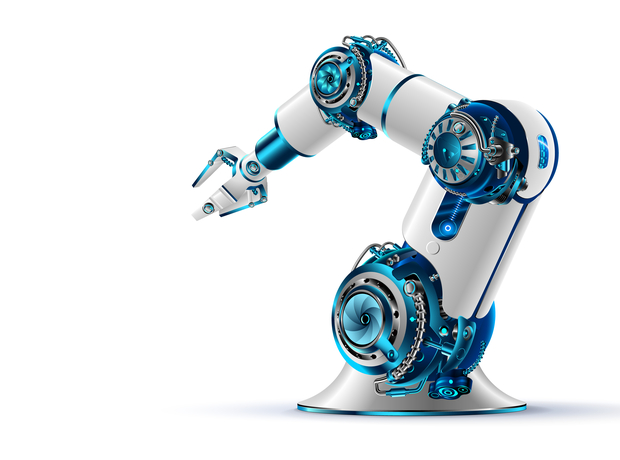 As 2020 comes to a close and the outlook for next year remains uncertain, the pharma industry is under pressure like never before. How drugs are developed, manufactured and distributed is changing, and companies are asking how can they be profitable in a hugely competitive industry. Here Jacques Bonfer, chief executive of Bot-Hive, looks at the backdrop to some of the key industry changes and how some manufacturers and distributors are using robotics and automation to make a crucial difference.

The use of robots in the pharmaceutical industry is reasonably common. Robotics and automation solutions offer precision, around the clock cycle times and cleanroom-graded operating capabilities that we humans struggle with.

As the demand for new drugs and medicines grows, pharma is continuously looking for new ways to increase productivity, which will lead to an increased reliance on automated equipment and robotics.

This dramatic growth is underpinned by a solid platform of what benefits robots can bring for manufacturers and distributors. These are clear:

These benefits will continually boost demand for automated systems.

It’s not all good news of course. Some companies have been put off from investing in robotic systems because of the initial high cost of buying and installing systems. There is also the worry that there is a lack of skilled personnel to work in automated manufacturing units.

But, it's clear that the industry is becoming increasingly reliant on robotics.

Above all, they allow the industry to be flexible and fast-paced. This is especially true given the latest industry trend which has witnessed demand for smaller batch sizes and shorter product life cycles.

This has been driven by the introduction of specialised drugs for smaller target groups which brings new challenges for pharma manufacturing and distribution, mostly how to achieve this on a competitive basis.

The production of mass vaccinations to one side, the treatment of patients is going down a more bespoke route, where medicines will be increasingly tailored to the patient’s specific needs.

So manufacturers and distributors have to be mindful of this fact. I’ve highlighted three companies on the Bot-Hive platform which have developed robotics solutions to solve key problems faced within the industry.

Take the high speed bin picking of pharmaceutical syringes. The question was, is speedy bin picking possible where delicate materials are present?

Fast product and packaging material requires a manufacturer to rethink its production processes. Take for example what’s known as changeover time. An important sub-process in the manufacture of medication is the material separation for further processing. It is known as detraying, or retraying.

This works relatively easily with tablet blisters, or rectangular pharmaceutical packaging. However, when it comes to transparent syringe bodies, for example, which are delivered as bulk goods in containers or boxes, there are often employees who have to manually move the syringes into the trays provided. The manual intervention of humans within the manufacturing process should be reduced to a minimum, especially with medical devices.

To solve this problem, a system was devised by a company called Pick-It working in collaboration with integrator Essert Robotics.

Pick-It 3D is equipped to effectively handle detection of complex 3D shapes in bulk, from a bin. The extra challenge here was transparency of the parts, which is usually a big challenge for vision. The 3D camera is able to localise the syringes and send the robot the exact position coordinates.

The Pick-It software selects the best object to pick (something that humans do without thinking, but robots need to be taught) and provides the robot with pick points and prevents collisions – the robot knows how to grip the syringe.

Pick-It and Essert Robotics used a two-armed ABB robot that is able to grip in parallel in a humanoid process that is very human, and therefore twice as fast.

This resulting speed bin picking process enables fast cycle times, high quality standards and flexible and easy retooling of the products. The end result was that manufacturers could react quickly to the required cycle time and smaller batch sizes that are being produced. In addition, an autonomy time of over 1.5 hours can be guaranteed.

A further example comes from Apotea, Sweden's first fully stocked pharmacy which only trades online. It has the largest assortment – over 18,000 prescription free products and 8,000 prescription drugs – for humans and animals.

To stay competitive, Apotea needed to expand capacity and improve production flows for customers that demand fast turnaround and free deliveries. It has no physical stores and only operates online and from stock warehouses.

The scale of the operation is immense, with Apotea delivering 170,000 packages to customers every week.

“Our customers want fast deliveries, they want it to be cheap and they prefer to have it free of charge. This is our challenge and something that we focus on every day,” said Maria Alriksson, business development manager at Apotea.

So robots were brought into sort and stack packages in the logistics centre. In particular, it automated some of its operations at its new logistics center in Morgongåva. On a busy day about 35,000 packages leave the center to be delivered to customers across the country. In order to handle the large order flow, three ABB general purpose industrial robots were used to fulfill the need for a quick and efficient work flow.

The robots have boosted productivity by 30% and have also improved sustainability and freed up time for employees to do more qualified work.

A further example comes from FlexLink. The company is a manufacturer of flexible, modular conveyors and industrial automation equipment. Headquartered in Göteborg, Sweden, it automates processes in the medical sector. And in this case, it was tasked with redesigning a whole assembly line to achieve a work rate of 60 blister pack pieces per minute.

The job was previously completed manually, but with automation, the objectives were precise handling, positioning and even folding. The aim was to improve quality control and employ measures to prevent jamming when handling medication blister packs.

Davide Zuffa, engineering manager of Flexlink, explained: "The choice of a compact delta robot for the first retrieval was taken based on the need to better exploit the available space and to achieve excellent performance levels in terms of speed and precision. This enabled us to eliminate further conveyors and devices who would have to put the pieces in order."

The system achieved its goal of 60 pieces per minute.

The pharma industry has reached a point where it is now reliant on robotics and automation to achieve a greater competitive advantage and increased profitability. And this is only set to increase as the pressure remains on the industry to continually improve its manufactured and distribution capabilities.

There are now numerous examples of how robotics and automation have allowed the industry to make major leaps in terms of efficiencies. We look forward to a great many more examples in the near future of how robots will allow the pharmaceutical industry to be flexible and reactive in such challenging times.