The promise of new science 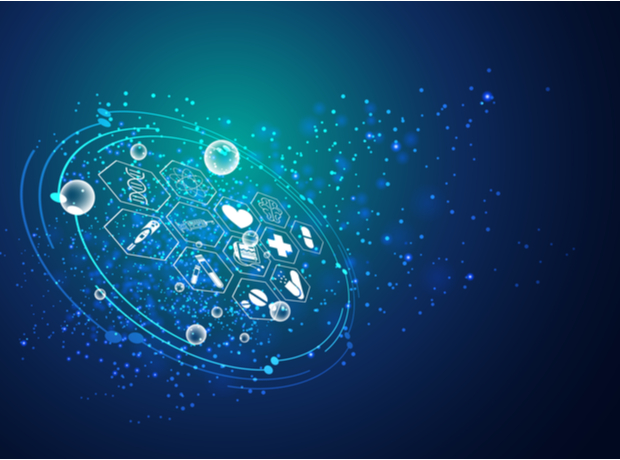 What does the future of the biopharma industry look like for the UK? Promising - if biopharma companies continue to embrace new science, which is a unique combination of the best in science and health technology that address significant, unmet patient needs.

Several leading UK biopharma companies are already embracing new science. AstraZeneca recently announced it will deliver up to 3 billion doses of the COVID-19 vaccine across the globe by the end of 2021 - just 18 months after the company first partnered with the University of Oxford to develop and manufacture the vaccine. It is also in the process of acquiring Alexion, which specialises in discovering and developing medicines for rare diseases. And GlaxoSmithKline’s proposed deal with iTeos Therapeutics Inc is to develop and sell a potential immunotherapy cancer treatment together. Such treatments are typical examples of new science in action.

Indeed, new science is at the centre of much of the industry M&A we are witnessing. In the past five years, of all deals intended to create entirely new therapies, 76% were new science-driven.

New science is also projected to drive 81% of biopharma revenue growth and 61% of all revenues globally between 2021 and 2026. Whilst new science is delivering more precise and effective treatments and increasingly driving revenue growth, it is often also at a higher price tag. According to our new research, the cost of bringing a successful treatment to market lies between $2.6 billion and $6.7 billion (including the cost of capital and cost of failure).

And there are regulatory challenges as well. The five biggest markets in Europe still reimburse the high cost of some new treatments and are pursuing measures to limit the impact of coverage decisions on health care budgets. Higher list prices in Europe are coming with a higher rebate. In the UK, while manufacturers are free to set their own launch prices, they will hit access hurdles if they do not satisfy the National Institute for Health and Care Excellence’s (NICE) cost-effectiveness criteria. Introductory prices for new drugs seeking reimbursement are subject to explicit negotiation in France, Italy and Spain. While in Germany, companies may sell drugs containing new active substances at higher list prices for 12 months, after which prices negotiated by manufacturers and statutory health insurance funds apply.

The pandemic has further challenged affordability for the system, and profitability for manufacturers. To succeed in the new economic environment, biopharma companies are seeking opportunities to accelerate and improve research and development, commercialise new treatments and lower costs.

Biopharma executives recognise there is a unique opportunity right now to ride the wave of innovation that has swept across the industry to produce a COVID-19 vaccine in record-breaking time. As a result, they are considering new ways of discovering, developing and commercialising treatments; reducing the cost of therapy development and finding ways to unlock trapped value.

For example, biopharma companies are optimising their data capabilities to drive data-led drug discovery. This is revolutionising the way research is done and improving disease understanding to more efficiently and effectively identify, validate, and optimise targets that are at low risk of failing during development. Consider Exscientia, an artificial intelligence drug discovery company that uses algorithms to compare a target protein against a database of protein interactions to generate a favourable list of drug candidates. According to Exscientia, this process can reduce discovery costs by 80% and cut the time spent in discovery from four-and-a-half years to as little as a year.

Biopharma companies are also embracing virtual, hybrid and clinical trials. In response to the COVID-19 pandemic, virtual clinical trials grew by more than 50% in 2020, and are continuing to increase, improving access and reducing inequities. We evaluated the impact of virtual components of clinical trials across more than 100 new trials in 30 countries and found that virtual components improve patient enrolment, retention and overall time to trial completion; indeed, we estimate they could save approximately $146 million (£103.5 million) per treatment.

Our research also revealed that during the initial onset of the pandemic, 65% of pharma sales representative meetings were held virtually across therapeutic areas, and increased engagement was reported. However, executives are being realistic – savings here may be rebalanced by broader digital marketing efforts.

The efficiencies of new science drive a greater likelihood of success, and as biopharma executives increasingly shift their portfolio to be more heavily weighted on new science, the future certainly looks bright for the industry.