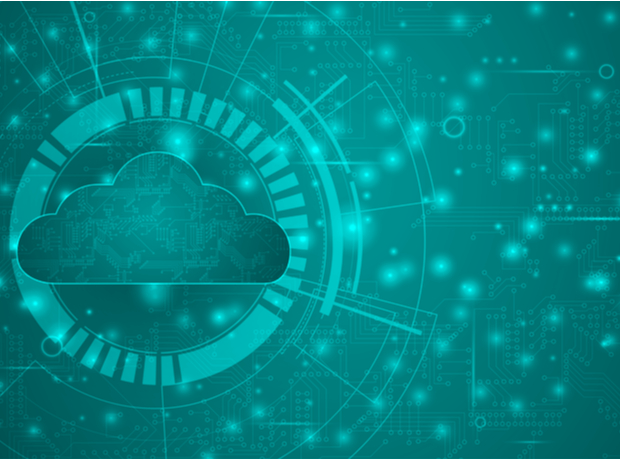 Wearable technology has advanced tremendously in recent years and is becoming increasingly ingrained with many aspects of healthcare. Business is picking up – if you need any indication of how much – Google is buying Fitbit for $2.1 billion and the Apple Watch outsold theentireSwiss watch industry in 2019.

The industry's growth has significant implications for private and public healthcare organisations, and as wearable technology matures we’ll see a whole host of new tools, technology and services that will help us improve our decisions with regard to healthy living.

Recent innovations have the scope to genuinely help millions of people, such as wearable technology to monitor the vitals of cancer patients from the comfort of their own homes, keeping clinicians and nurses informed on their well-being in real-time, or help predict women's fertility windows for those trying to conceive.

Such innovations are interesting in their own right, however the implications of the insight and data gathered by such apps on global populations is precedented. They provide a huge opportunity for the academic research community to understand trends and data at an incomprehensible scale.

So, where will wearables go next with healthcare? And what does this all mean for existing healthcare systems?

Major advances are being made by consumer-focused digital healthcare companies, but the major global players are, understandably, exploring this space too. Novartis, for example, is exploring how artificial intelligence can provide healthcare access, improved diagnosis, and personal disease management for conditions like asthma. We may, in future, find that doctors prescribe IoT-enabled inhalers supported by a wearable sensor or biometric device that helps monitor the environmental and health conditions of the patient.

The data and insight generated could provide personalised advice for patients while also feeding aggregated data back to manufacturers or medical organisations to help them inform the development of preventative treatment and therapies. If patient data was combined with location data, could things like high pollution levels and high pollen counts be monitored and then communicated to asthma sufferers via their mobile device with advice to avoid certain areas?

This is where we believe big advances will be made – and it’s already started. Our work with Earthday involved the development of a machine learning algorithm that can identify pollution levels in the sky based on a picture taken on your mobile phone. This information is then fed back to a central database to help scientists understand trends and issues globally. But what’s stopping this information being gathered by a pollution sensor contained within a future smart watch – or dare I say it – smart glasses? This sort of democratisation of science is fascinating, and when big business also gets involved with a shared purpose, great things can really happen. Just look at Apple and Google working together to allow COVID contact tracing to run smoothly.

From a healthcare perspective, we see mental health tracking as the next major focus area for wearables. Google and Facebook have already begun exploring this by conducting sentiment analysis into posts in order to spot people who might need support. Spotify is also making waves in the space, having announced its intention to start suggesting music to people based on their mood – defined by variables like keywords searched, the type of music listened to, the time of the day you listen and the speed in which you type. With consumer tech already latching onto this, it feels like only a matter of time before wearables are able to explore some of the known associations between poor mental health and measurable biological processes, which will be of tremendous use to healthcare services. Sleep tracking, exercise levels, blood oxygen levels, etc are all available on smart watches today, but as technology progresses, might we start seeing wearable tech or sensors able to provide information on nutritional deficiencies, or other indicators? I think so. And soon.

This will be compounded by gamification opportunities that wearables provide and we’ve seen this explode in lockdown, with apps like Strava doing wonders in encouraging people to get out and move more. Nike is also taking this one step further by partnering with Headspace to offer guided runs. We’ve been taking advantage of something similar at Rehab, using an app called Outwalk to run a competition based on step counting to get people moving. By providing incentives for engagement and gamifying the process, we’ve got people out and about in an exceptionally tough time (let’s face it, who would typically volunteer to go out on a long, cold and rain filled walk in February…) and this has had a big impact on the mental health of our staff and colleagues.

In the future, we expect that the most prominent – and possibly most useful – application of wearables in healthcare will be specifically in preventative care, which will come out of tracking new types of data and re-imagining existing consumer technology, which I touched on earlier. Take Google glass and Snapchat glasses as examples. There was resistance from consumers to both products for entertainment, but what if we tailored them for preventative healthcare? If someone is prone to a disorder that is triggered by light, or is at high risk of a stroke or other condition, then could those devices give a warning to the user and automatically alert next of kin? What if, for someone prone to panic attacks, the wearable tech was able to monitor their heart rate in conjunction with external stimuli, like loud noises, which could then give them warnings or advice?

This is all well within the grasp of existing technology, it’s just a matter of joining the dots and I think this will come from pharma or healthcare businesses developing consumer tech focused propositions alongside tech giants. In September last year, for example, Novartis and Google announced a joint venture to develop ‘smart’ contact lenses which can readjust a person's prescription automatically. We are living in the future, and it won’t be long before the technology in my favourite sci-fi films are real.

These experiences also take us into the realms of connected data – where we see another huge opportunity for wearables. By combining the data of an individual with external data like weather patterns, moon cycles and pollution levels, the potential for scientific advances are astounding. It’s feasible that GPs could prescribe tiny pins that attach to clothing, to track the health of their patients alongside anything else measurable, to uncover what’s really affecting our health the most. For example, we could uncover how specific pollution levels in the summer directly affect behaviour, and thinking even bigger, this could even go on to inform government policy and change societies for the better.

There are obvious implications to consider when you have so much data. Who owns it? How do we ensure that companies in the healthcare space use it to help people rather than for profit? This will all need to be considered and carefully regulated (an entire article on itself) but for now, I am incredibly excited about what the future holds.